PCIe to NVMe made easy.

PCIe SSDs have exploded in popularity in recent years, thanks to the growing support of the NVMe specification and the introduction of fast, storage dense 3D NAND memory.

Today, the main problem with NVMe storage is the low number of M.2 slots on modern motherboards, as well as their absence from older mainboards altogether, something which makes the addition of M.2 NVMe storage into a system difficult, especially when upgrading older systems.

There is one thing that all modern motherboards have, standard PCIe connections, which are built to utilise the same PCIe lanes that can be occupied by NVMe storage, making the creation of PCIe to NVMe adapters a relatively easy process. Even so, PCIe to M.2 cards remain reasonably rare, especially if you are searching for one with an ultra-compact form factor.

This is where SilverStone walks in with their new ECM25 expansion card, a no-nonsense device which converts a PCIe 4x connection to an M.2 slot, offering a form factor that is 32cm tall, making the device compliant with ultra-compact 1U enclosures, while still supporting 2230, 2242, 2260 and 2280 M.2 SSD form factors. This device is compatible with M.2 NVMe SSDs and supports Windows, Linux and MacOS operating systems, requiring no drivers to operate, aside from BIOS/UEFI support if you want a bootable NVMe device. 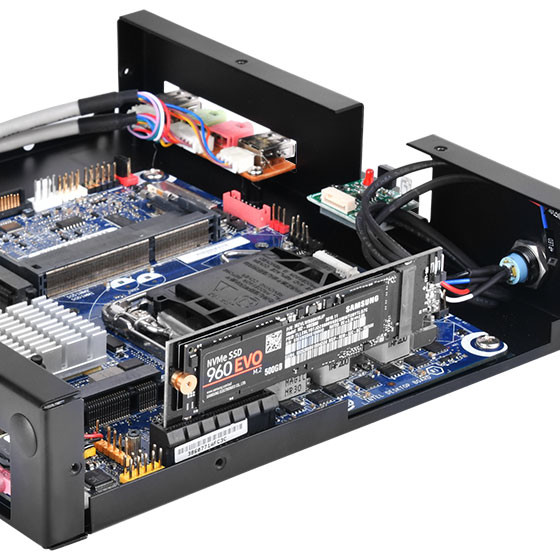 At this time SilverStone has not revealed the pricing of their ECM25 PCIe to NVMe add-in card.

You can join the discussion on SilverStone's ECM25 PCIe to NVMe adapter on the OC3D Forums.

Davva2004
It’s a great product, but it is not 32cm tall.Quote
Reply