Silicon Motion is preparing to jump on the PCIe 4.0 bandwaggon, announcing two new NVMe SSD controllers at 2019's Flash Memory Summit. These two controllers are called the SM2266 and the SM2267, both of which are capable of exceeding PCIe 3.0 4x speeds.

The SM2264 is Silicon Motion's first high-end PCIe 4.0 SSD controller, which enabled sequential read speeds as high as 6.5GBps and sequential write speeds of up to 3.9GBps. Random read/write IOPS are also rated at 700K. This controller is designed to handle today's 9x-layer TLC and QLC NAND flash.

On the low-end, Silicon Motion's SM2267 is designed to offer four memory channels, half of what the SM2264 offers, while delivering 4GBps sequential reads and sequential write speeds of 3GBps. The controller is also designed to offer 400K read/write IOPS. While this isn't much faster than high-end PCIe 3.0 SSDs, this controller is intended to lower the entry costs of PCIe 4.0 SSDs.

Both controllers are due to release as parts of consumer SSDs in early 2020. 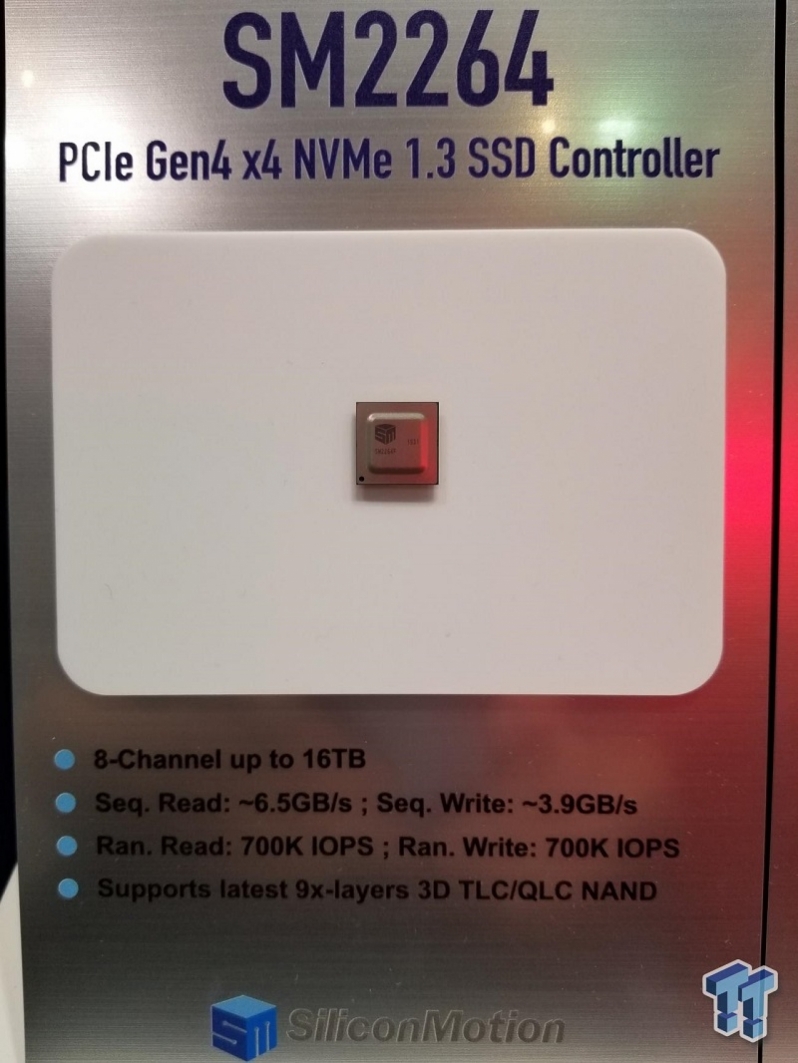 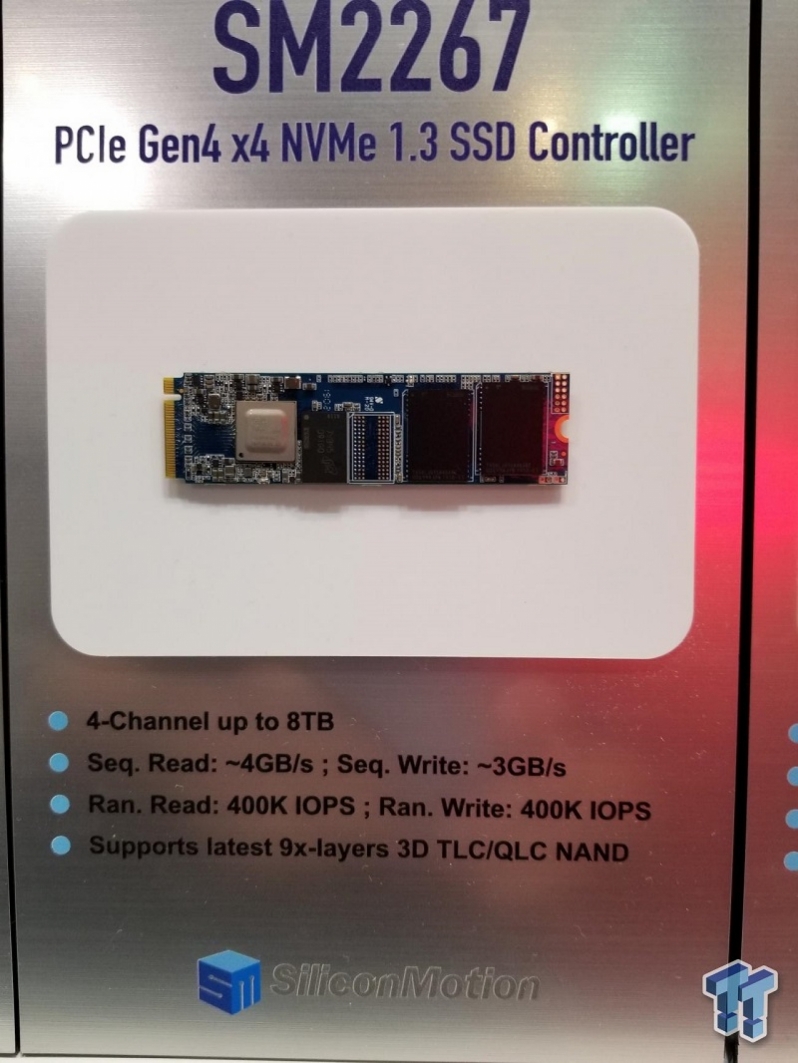 You can join the discussion on Silicon Motion's new PCIe 4.0 SSDs on the OC3D Forums.