Rumour has it that Samsung plans to releases it's PCIe 4.0 enabled 980 Pro SSD in August, bringing the next generation of ultra-high-end PCIe NVMe SSD performance to PCs.

While the PlayStation 5 may be offering users raw data rates of 5.5 GBps, Samsung's 980 Pro was shown to deliver 6.5 GBps write speeds back at CES 2020, surpassing Sony's next-generation console. When it comes to write speeds, the Samsung 980 Pro can also deliver 5.0 GBps sequential speeds, placing ahead of all existing PCIe 4.0 M.2 SSDs.

PC Gamer claims that Samsung's 980 PRO will release before the end of August, citing sources at HWBattle. This would bring PlayStation 5 beating SSD performance to PC before the release of the console. That said, Sony's hardware decompression techniques could give their console an advantage. 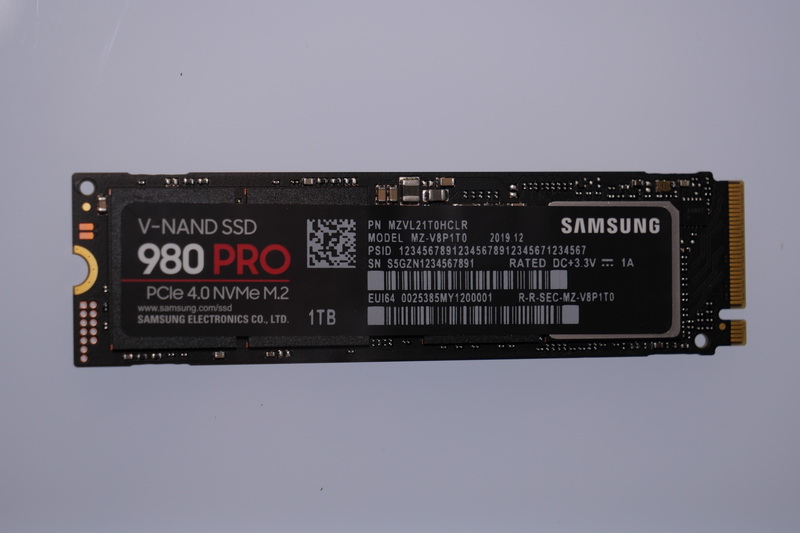 You can join the discussion on Samsung's PS5-surpassing 980 PRO SSD on the OC3D Forums.

NeverBackDown
Just cause it's faster doesn't mean it's actually faster. If it still only has 2 priority levels and a smaller than 12 channel connection then it will need raw speed to keep up with the ps5. This is why Sony will have a certification program telling consumers which SSDs will give the same or better experience than stock.Quote

Avet
Will it outperform PS5 doesn't matter really much. It is like comparing apples and oranges.

It will be the fastest NAND based drive on the market by far. With MLC and superior controller on Pro drives Samsung just dominates the competition. 970 Pro is beating all Gen 4 drives in real-world tasks. 980 Pro will probably bring a whole new level of performance.Quote

Dawelio
Quote:
But in reality though; how much will this be noticed in an daily usage for the average user? I don't think it will be much really. As with much, it looks good on paper, but not as much in the real world. It will certainly not be anything amazing for gamers.Quote

Avet
Quote:
This drive isn't made for an average user. Most of them would be perfectly fine with regular SSD. SX8200 Pro is excellent if you want NVME.

It is good that high-end drives exist for those who need them. Other Gen 4 drives will certainly drop in price after Samsung's launch. For me, it is a win-win.Quote
Reply