Samsung pushes the limits of PCIe 4.0 with its new 990 PRO series of SSDs

Samsung is well known for producing some of the fastest SSDs on the market, be it during the era of SATA, the early days on M.2 NVMe SSDs and even today with their latest PCIe 4.0 SSDs. Now, Samsung has a new flagship SSD, the Samsung 990 PRO, which promises users sequential read speeds of up to 7,450 MB/s.

Samsung claims to deliver up to a 55% increase in RANDOM I/O performance over their 980 PRO, and can essentially max out the PCIe 4.0 interface with sequential read speeds of up to 7,450 MB/s. Sequential write speeds also see a significant boost with Samsung's 990 PRO, as do random read/write IOPS. You can see the full specifications of Samsung's 990 PRO below, and how they compare to Samsung's 980 PRO. 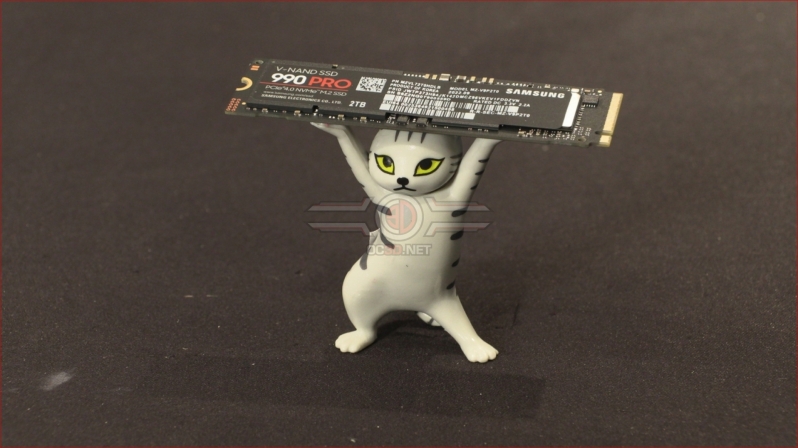 Power-wise, the 990 PRO's new controller offers users up to a 50% increase in power efficiency over the Elipis controlled used in their 980 PRO SSD. This reduction in power draw results in less heat production and lower SSD thermals, This change is beneficial for all users, especially those who work their SSDs hard during productivity tasks.

Today, Samsung's 990 PRO SSD is now available in the UK through Amazon, with the SSD's 1TB and 2TB model being available. Samsung has confirmed that a 4TB version of this SSD is due to ship in 2023, adding an even higher capacity option to Samsung's high-end SSD lineup.

You can join the discussion on Samsung's new 990 PRO SSD becoming available to purchase on the OC3D Forums.

robbiec
These 990s are supposed to be quick in day to day stuff. I have 2 x 2TB 970 Evo Pluses so i'm gonna patiently sit out till the 4TB variants come out.Quote
Reply