Is this the new king of mass storage?

It looks like Samsung's gearing up for the release of its next generation of consumer SSDs, as its upcoming 870 QVO has appeared on Amazon US. This SSD was first spotted by Tom's Hardware, and judging by Samsung's standard naming convention, this new QVO series will utilise the company's latest QLC (Quad-Level-Cell) V-NAND, which should give it a performance advantage over today's 860 QVO series SSDs.

What's most interesting about Samsung's 860 QVO is its 8TB capacity, allowing PC users to store a huge number of files within the compact 2.5-inch SSD from factor. Combine this with the drive's $899.99 pricing, and users will pay around 11 cents per Gigabyte for the SSD, which is great value for a drive of this size.
The only real downside of the 870 QVO is its use of the SATA interface, which will place the performance of these SSDs below what is commonly seen on NVMe-based storage solutions. That said, this drive's relatively low pricing and insane capacity will make this a great drive to use as secondary storage.

What remains to be seen is how these new QVO series SSDs will compare to Samsung's existing models when it comes to performance and longevity. QLC NAND is more fragile than MLC and TLC NAND, though Samsung's latest V-NAND innovations may have countered that downside somewhat. Even then, most SSD users do not rewrite their SSDs enough to cause NAND failure. 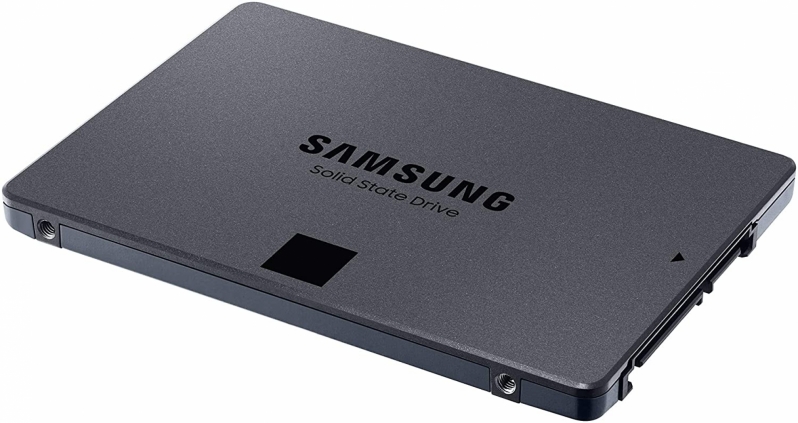 Perhaps this new 870 QVO series SSD is the start of a revamp of Samsung's entire SSD lineup, which means that 870 PRO and EVO series drives could be in the works.

You can join the discussion on Samsung's 8TB 870- QVO series SSD on the OC3D Forums.

RobM
wow that is impressiveQuote

Avet
Quote:
Actually not so much. QVO drives are very slow for an SSD. I would see this to be a nice drive for Atomos Ninja V recorder if you do some 4K RAW or 444 recordings, but sadly the drive isn't fast enough for that.

On the other hand, it is an excellent drive to replace your spinning rust HDD and go full SSD.Quote

WYP
Quote:
It's ideal for workloads without heavy writes. Great as a consumer-oriented drive for games etc, but heavy writes could be a problem. Once the SLC cache fills this thing will slow way down. That said, the cache could be around 2TB for an empty 8TB drive.Quote
Reply