A 1TB version is planned.

Samsung has launched the industry's first 512GB eUFS 3.0 (embedded Universal Flash Storage) chips, which are set to offer a 2.1x boost in sequential read performance over the company's 1TB eUFS 2.1storage chips, which were released in January.

With these new memory chips, Samsung can offer mobile storage offerings that can provide similar performance levels of notebook-grade SATA SSDs. In terms of random write performance, Samsung has claimed a 36% performance uplift over their existing eUFS 2.1 offerings, delivering 68,000 IOPS of write performance. 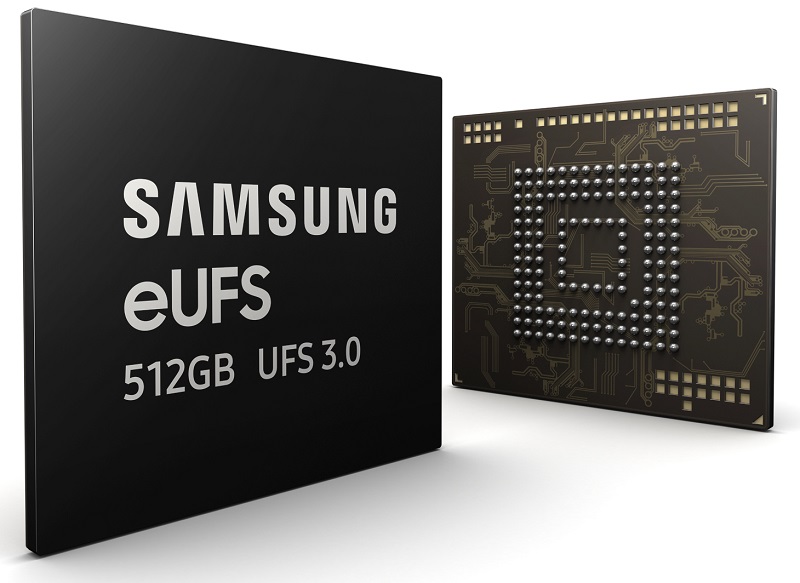 Below is a table which details Samsung's UFS storage innovations since the introduction of UFS 2.0 in 2015. This increase in storage performance will enable future storage devices to open apps faster, transfer files faster to external devices and better support the recording and playback of high resolution/framerate media. 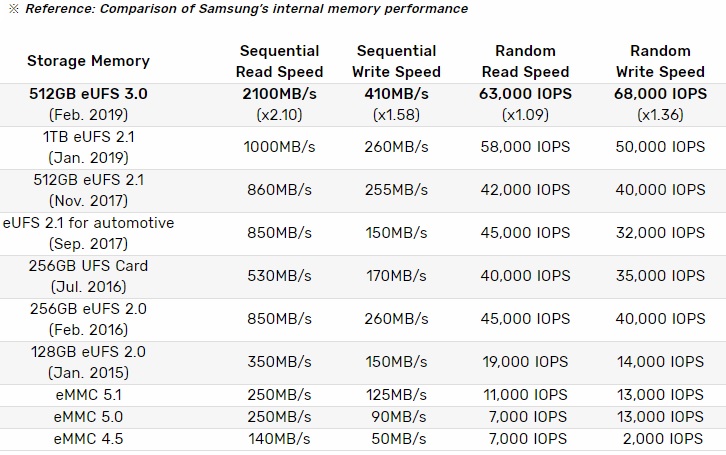 You can join the discussion on Samsung's 512GB eUFS Memory Technology on the OC3D Forums.