Samsung's 970 EVO Plus SSDs have just gotten a lot better!

Technology must march forward, especially in times of competition. Yes, Samsung is one of the leaders of the M.2 NVMe SSD market, but as things start heating up, the company needs to respond with newer, faster products.

Samsung is reasserting their dominance within the NVMe SSD market with their new 970 EVO Plus series of SSDs; promising performance boosts that can be as high as 57% on their low capacity drives. This more extreme case is with their 250GB model, which delivers a staggering increase to random read I/O performance, a weak-point of low capacity NVMe SSDs.

The 970 EVO Plus' primary improvement comes in the form of Samsung's latest V-NAND technology, what Samsung calls 9x-layer 3-bit V-NAND. This new NAND moves from the 64-layers seen in standard 970 EVO SSDs to 90+ layers, offering increase sequential speeds, random read/write IOPS and lower levels of power consumption. In short, Samsung's new NAND increases the performance of their SSDs in every possible way. 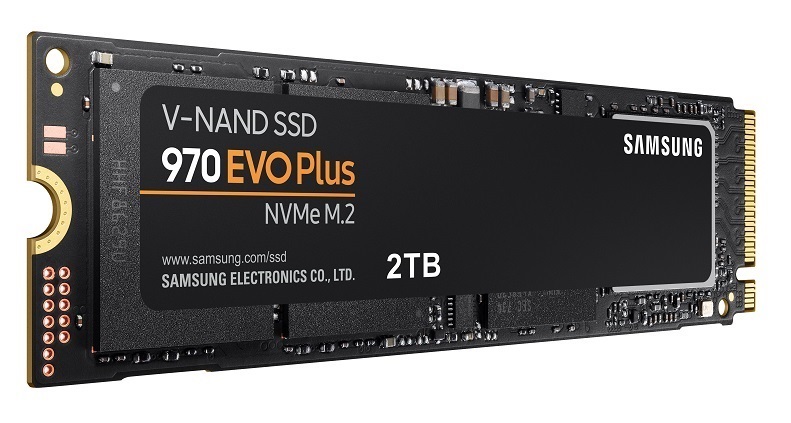 The table below showcases the performance boost offered by Samsung's new 970 EVO Plus drives, boosting the maximum sequential write performance of their SSDs from 2,500MB/s to 3,300MB/s while also increasing their Random Read/Write performance of their drives from 500,000/480,000 IOPS to 620,000/560,000 IOPS. This is a staggering increase given the simplicity of the upgrade, as the controller and DRAM cache sizes of each M.2 SSD remain unchanged. 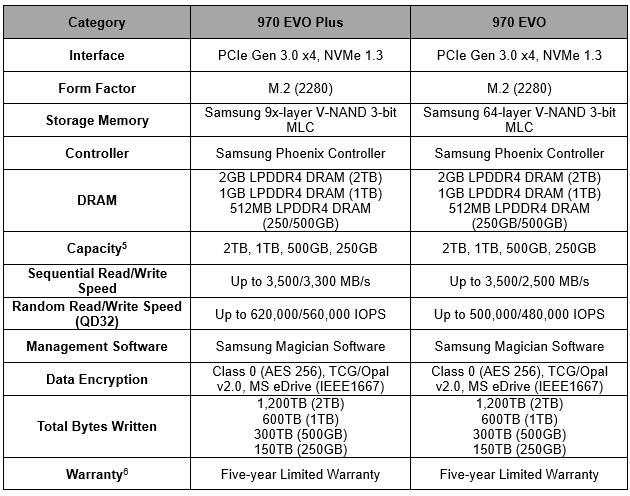 You can join the discussion on Samsung's 970 EVO Plus SSDs on the OC3D Forums.

NeverBackDown
Dang that's fast. Especially at that price point it makes all other drives pretty much a nonfactor.

I already have a NVMe drive so I'll probably wait till PCIe 4.0 to get a new one. By that time I'll need a decent upgrade anywayQuote

WillSK
well that's the main drive of my next upgrade sorted!Quote

Dawelio
The numbers and specs looks good on paper, but the sad part is that you probably won't notice it (at all) in real world applications that you do on a regular basis on your PC. Such as gaming, browsing the web etc.Quote
Reply