This new NAND can be used to create 2TB NAND packages

Samsung has today revealed that they are able to make 1Tb (125GB) V-NAND chips, with availability of these new chips starting next year.
These high capacity NAND chips can be used to create a 16 die NAND package that offers 2 Terabytes of storage capacity, outclassing most modern consumer SSDs with only a single V-NAND package. This will allow more storage to fit into smaller form factors in the future and allow for even larger SSDs to be created for the enterprise market, so much so that Samsung calls this one of the "most important memory advances of the last decade".
Samsung has also revealed that they have started sampling their latest NGSFF (Next Generation Small Form Factor) SSD to enterprise customers, offering 16TB of storage capacity in M.2 form factor. Measuring in at 30.5mm x 110mm x 4.38mm, the Samsung NGSFF SSD is much larger than standard M.2 drives, especially when it comes to width.

Samsung plans to begin mass producing its first NGSFF SSDs in the fourth quarter of this year, while working to standardize the form factor with industry partners. 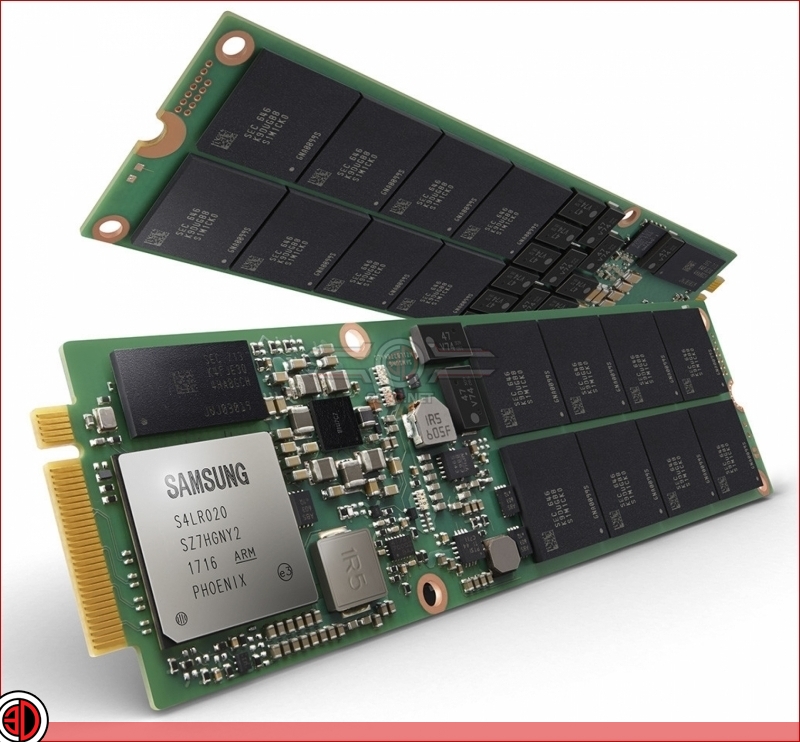 You can join the discussion on Samsung's new 1Tb V-NAND chips on the OC3D Forums.

Gothmoth
i love such news.

the only thing you hear from my systems is the noise the HDD´s make.. would love to get rid of that.

i have my harddrives in sharkoon vibe fixer but you still can hear them when they work.

affordable 3-4 TB SSD drives would mean i could replace local hardrives with SSD´s.

my NAS (placed in the cellar) would then be the only device with mechanical drives.Quote

NeverBackDown
Really impressive technology in general. Just the fact they can squeeze so much into such a small thingQuote

Korreborg
Quote:
Haha. Immediately thought of this one

NeverBackDown
Quote:
It was 1956...Quote
Reply