Samsung has accidentally listed their upcoming 860 Evo series of SSDs on their website, featuring an updated controller and increased performance when comparing to the company's existing 850 EVO series of SSDs.

This news comes shortly after Samsung's accidental leak of their 860 Pro series of SSDs, revealing that the company plans to release their entire 850 lineup in the near future. According to Samsung, this SSD will release with M.2, SATA and mSATA versions with 250GB, 500GB, 1TB, 2TB and 4TB versions. M.2 and mSATA variants will have more restrictive capacity options due to their decreased size. 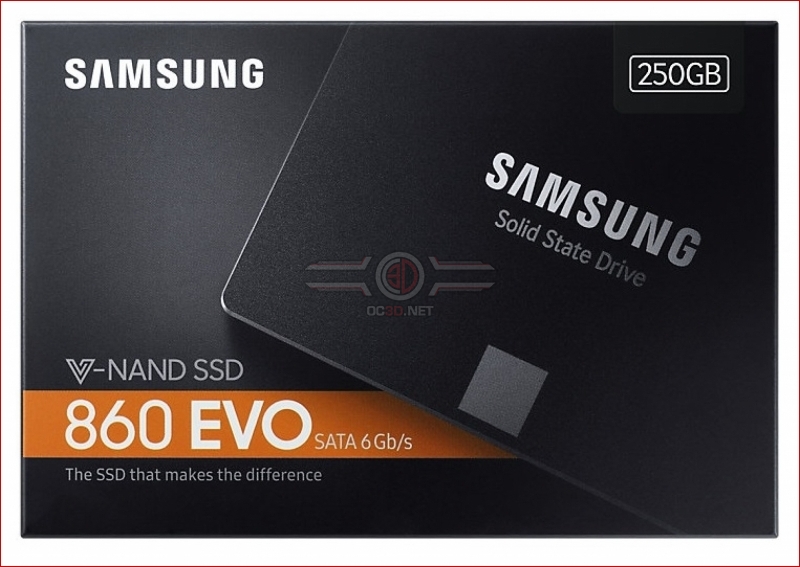 At this time Samsung has not officially revealed these new SSD models, though they are expected to ship with similar pricing to their existing 850-series versions and offer users a five-year warranty. Samsung is expected to release these new SSDs within the next month.

You can join the discussion on Samsung's 860 EVO series of SSDs on the OC3D Forums.

wozza365
Don't really see the point of new SATA SSDs, this doesn't really offer anything. We've been hitting the physical limit of SATA 3 for years now. It makes sense to just put more investment into M.2 instead of trying to eek out every little drop of performance from SATA. Why have we still not seen SATA 4? SATA is now 2 generations behind SAS capabilities.Quote

Legacy-ZA
Quote:
Agreed. My main concern at this point is that the larger capacity SSD drives are still not affordable like their mechanical HDD brethren despite SSD's being cheaper to manufacture. There simply is no execuse anymore.

If you want to charge ridiculous prices, do it with the m.2 range where performance and storage capacities can be improved on.Quote
Reply