What makes the Rocket 4 PLUS-G an 'Advanced Gaming' SSD?

Sabrent has started to tease a new Rocket series SSD, releasing an image of a new 4TB SSD model that appears to ship with a new heatsink and "Advanced Gaming" branding.

Like Sabrent's existing Rocket 4 PLUS SSDs, the ROCKET 4 PLUS-G is a PCIe 4.0 SSD, and at this time it is unknown what Sabrent has changes to make their new G-series model an "Advanced Gaming PCIe 4 M.2 SSD". Perhaps this new SSD model is officially PlayStation 5 certified, though it is also possible that this new model ships with an optimised SSD controller (or firmware) or ship with faster 3D NAND.

Right now, All Sabrent has to say is that their fans should subscribe to their YouTube channel to learn more, because Sabrent plans to reveal more about their new G-series Gaming SSD there very soon. 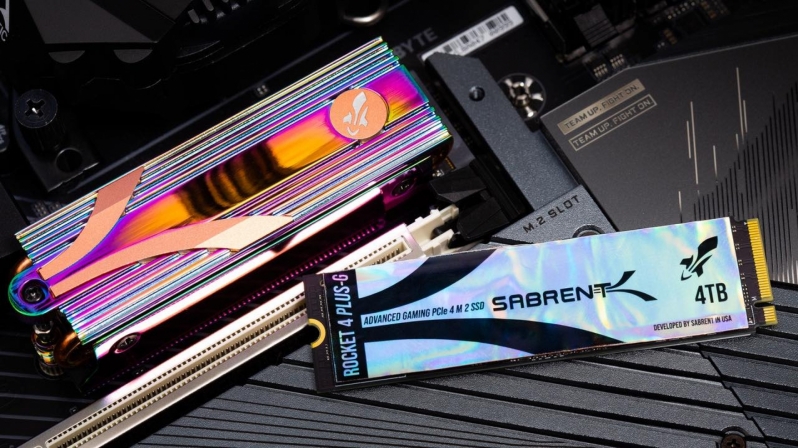 What do you think Sabrent has up their sleeve with their Rocket 4 PLUS-G SSD? You can join the discussion on Sabrent's ROCKET 4 PLUS Advanced Gaming SSD on the OC3D Forums.

Dawelio
The cringe naming scheme still continues in the industry… ”Plus-G” and ”Advanced Gaming”.
Advanced Gaming? Does that mean it makes you an pro gamer or that it’s so advanced for gaming that it alter your game to make you better?…

These companies needs to stop with the cringe naming, no professionalism what so ever, embarrassing.Quote

meuvoy
Quote:
I think this product specifically is also to blame for cringe looks...Quote
Reply