Faster read speeds and a higher capacity model. What's not to like!

Sabrent has quickly become one of the world's most impactful SSD makers, quickly bringing to market SSDs which are based on the latest controllers while doing so with affordable prices.

Today, we have noticed that Sabrent has revised the specifications of their Rocket 2 PLUS lineup, adding a soon to be released 4TB model to their product stack while also upping the 2TB model's rated sequential read speeds from 7,000 MB/s to 7100 MB/s. While that 100 MB/s speed boost may not seem like much, it is worth remembering that SATA SSDs can operate at speeds of up to 550 MB/s. With this in mind, an extra 100 MB/s is a notable boost.

Based on Sabrent's webpage, the company appears to have abandoned its planned 500GB Rocket 4 PLUS, offering users 1TB, 2TB and 4TB models as part of their revised Rocket 4 Plus product line. These changes were made before Sabrent's Rocket Plus SSDs came to market, which means that end-users shouldn't be able to purchase multiple Rocket 4 PLUS SSDs with varying specifications. That said, Sabrent's revised SSD performance specifications are likely due to firmware changes, not hardware changes.

It looks like Sabrent may be the first manufacturer on the market using the Phison PS5018-E18 SSD controller. This next-generation SSD controller enables higher performance levels than the PS5016-E16 controller. Today's PCIe 4.0 SSDs mostly offer 5,000 MB/s sequential read speeds, and that's because practically all of these use the same Phison PS5016-E16 controller. Moving to a newer controller will soon allow a multitude of SSD manufacturers to deliver 6,000+ MB/s SSD speeds, which is great news for the SSD market as a whole. 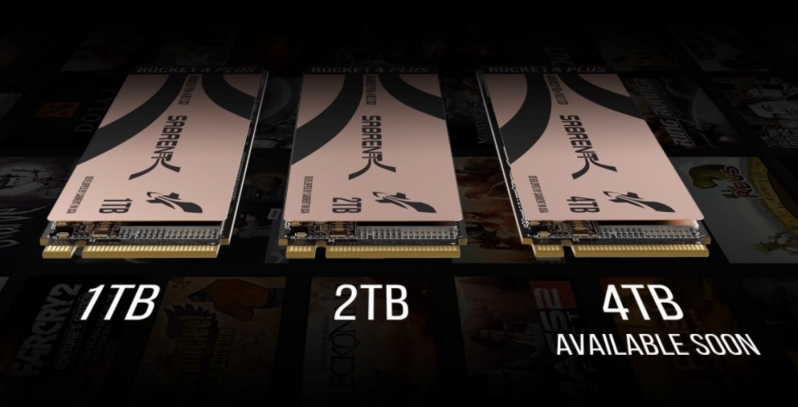 Thanks to the efforts of Sabrent, it is clear that the PCIe 4.0 SSD market is pushing storage performance to new heights. Sabrent and Samsung have transcended the limits of today's offerings with speeds that practically saturate PCIe 4.0 x4 slots, which means that the potential of PCIe 4.0 may soon be tapped out.

This introduction of faster PCIe 4.0 storage devices will come as great news for AMD, the only company that currently offers PCIe 4.0 compatible x86 processors. As of now, Intel has no PCIe 4.0 compliant desktop CPUs on the market, though that is due to change within the next year.

You can join the discussion on Sabrent revising its Rocket 4 Plus PCIe 4.0 SSD Specifications on the OC3D Forums. 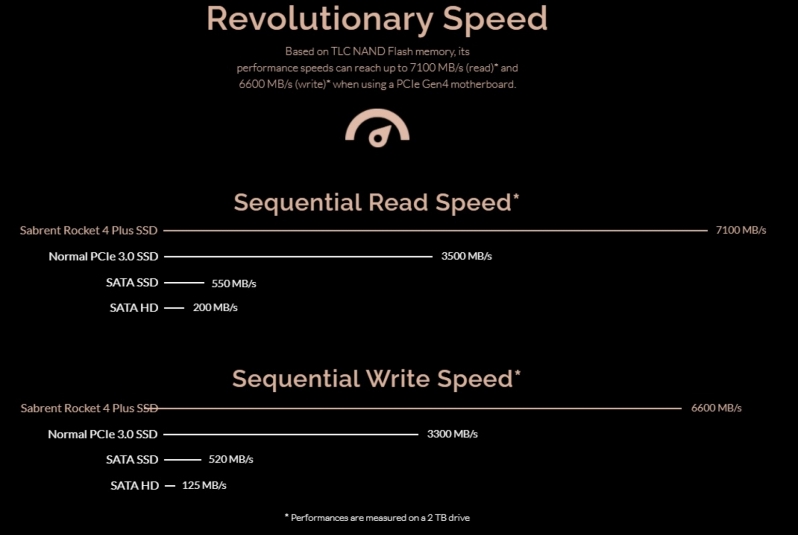 Gothmoth
this is for 4 month or more in the press but no way to buy it... at least i have seen no reseller here in germany.

WYP
Quote:
It is available in the US ATM. I'm not sure when these SSDs will become available in other regions.Quote
Reply