Sabrent reveals its Rocket 4 Plus SSD, it promises faster speeds than Samsung's 980 PRO

Sabrent reveals its Rocket 4 Plus SSD; it promises faster speeds than Samsung's 980 PRO

Samsung may have just revealed its 980 PRO SSD, but Sabrent already has its answer, the Rocket 4 Plus. With their Rocket 4 Plus, Sabrent plans to offer consumers the same industry-leading sequential read speeds of 7,000 MB/s while also offering sequential write speeds as high as 6850 MB/s, surpassing Samsung's 980 PRO.

It looks like Sabrent may be the first manufacturer on the market using the Phison PS5018-E18 SSD controller. This next-generation SSD controller enables higher performance levels than the PS5016-E16 controller. Today's PCIe 4.0 SSDs mostly offer 5,000 MB/s sequential read speeds, and that's because practically all of these use the same Phison PS5016-E16 controller. Moving to a newer controller will soon allow a multitude of SSD manufacturers to deliver 6,000+ MB/s SSD speeds, which is great news for the SSD market as a whole. 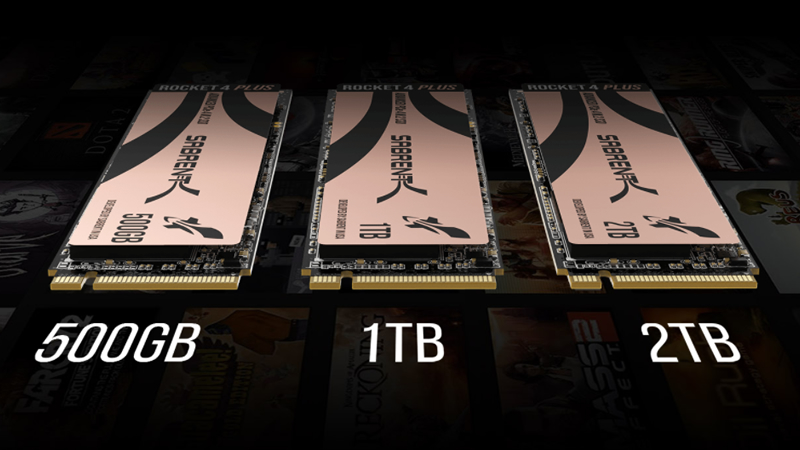 Thanks to the efforts of Sabrent, it is clear that the PCIe 4.0 SSD market is pushing storage performance to new heights. Sabrent and Samsung have transcended the limits of today's offerings with speeds that practically saturate PCIe 4.0 x4 slots, which means that the potential of PCIe 4.0 may soon be tapped out.

This introduction of faster PCIe 4.0 storage devices will come as great news for AMD, the only company that currently offers PCIe 4.0 compatible x86 processors. As of now, Intel has no PCIe 4.0 compliant SSDs on the market, though that is due to change within the next year.

You can join the discussion on Sabrent revealing its Rocket 4 Plus PCIe 4.0 SSD on the OC3D Forums. 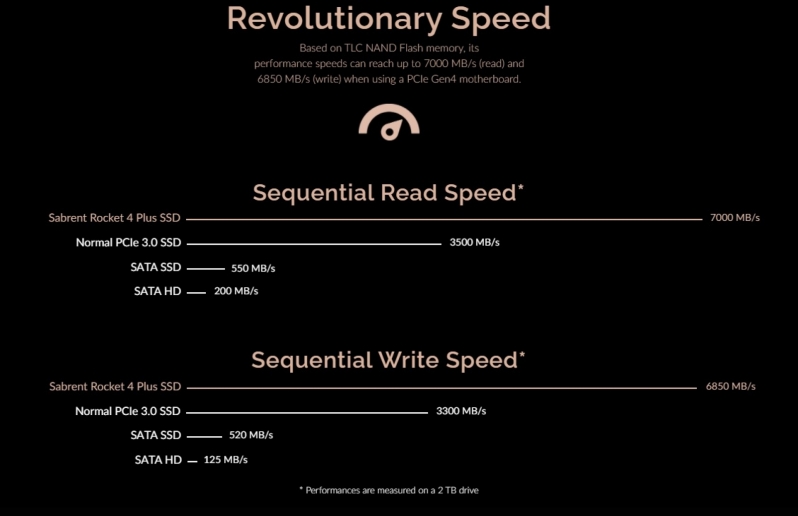 Dawelio
Am I the only one that has never heard of Sabrent before?

WYP
Quote:
They are relatively new to the market, but they are doing a lot of good things before anyone else.Quote

NeverBackDown
The reason for higher write speeds is down to the fact that with more storage capacity they are able to better utilize parallelism and overall throughput.

If Samsung released a 2TB 980 Pro I'm sure they would be around the same speeds.

I am curious as to the memory configuration on this Sabrent drive though. Makes a big differenceQuote
Reply