Will Realtek be able to allow 3rd party SSD makers to surpass Samsung?

When NVMe SSDs started to enter the market, Samsung quickly became dominant in the high-performance section of the SSD market, leveraging their 3D V-NAND technology to offer higher performance levels than their competition.

Sadly, Realtek did not go into great detail when discussing their SSD controller, though it is said to be using custom processing cores and feature LDPC-based ECC support. 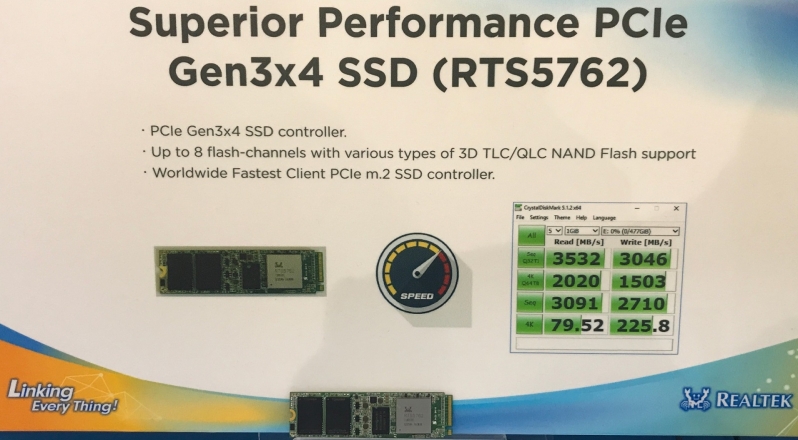 Realtek's RTS5762 NVMe controllers offer the industry the ability to create higher-performance NVMe SSDs that can take 3rd party manufacturers into the ultra-high-end of the marker, offering the potential for a full-on market upheaval. Samsung may not remain the king of the NVMe SSD market for long.

You can join the discussion on Realtek's "world's fastest" RTS5762 NVMe SSD controller on the OC3D Forums.


lets see what actual drive performance with this controller will look like.


i don´t like realtek ethernet controllers and audio solutions.
high end is nothing that comes to my mind when i hear realtek.Quote

Warchild
Quote:
The guys getting old. His awareness is slipping!Quote
Reply