Phison is working on a PCIe 4.0 SSD controller to enable 6,500MB's speeds

That's 2x faster than some of the fastest PCIe 3.0 NVMe drives available!

Phison is working on a PCIe 4.0 SSD controller to enable 6,500MB's speeds

PCIe 4.0 is already enabling next-generation SSD performance, with Corsair, Galax and Gigabyte already showcasing SSDs which can blast past the 4GB/s barrier.

While it's impressive that these three companies have been able to create performance pushing PCIe 4.0 devices already, it is worth remembering that all of these drives utilise the same controller chip, the Phison PS5016-E16. This is also the reason why these drives offer nigh identical specifications.

Phison is not content with their current performance levels. Yes, they are pushing PCIe SSDs to new heights, but they aren't pushing the limits of what the PCIe 4.0 standard can offer. There are higher heights that can be reached, especially within the PCIe 4.0 4x bandwidth capacity of the M.2 form factor.

In Q1 2020, Phison hopes to launch a next-generation controller that is capable of 6,500MB/s sequential reads, packing over 1,500MB/s more sequential performance than the PCIe 4.0 drives that are coming later this year. Today's PCIe 4.0 SSDs are impressive, but Phison is working to ensure that these performance limits are pushed yet again. 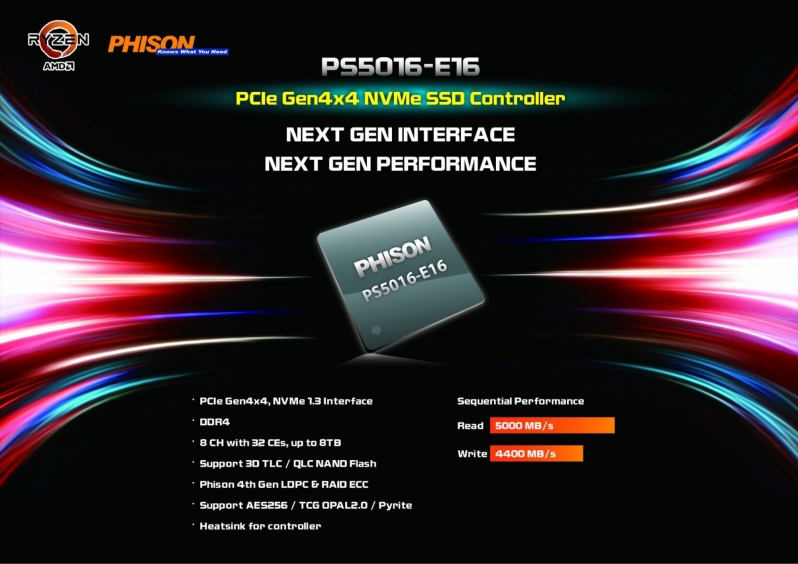 You can join the discussion on Phison's next-generation PCIe 4.0 SSD controller on the OC3D Forums.