Mushkin has started showing off their latest lineup of M.2 NVMe SSDs at CES, revealing models to suit both high-performance and cost-conscious users. Both drives are built using the standard M.2 2480 (80mm wide) form factor making this SSD compatible with the majority of PCs and notebooks with M.2 slots.

This SSD will come with a three-year warranty and supports the NVMe 1.3 specification, with the only downside being the drive's green PCB. 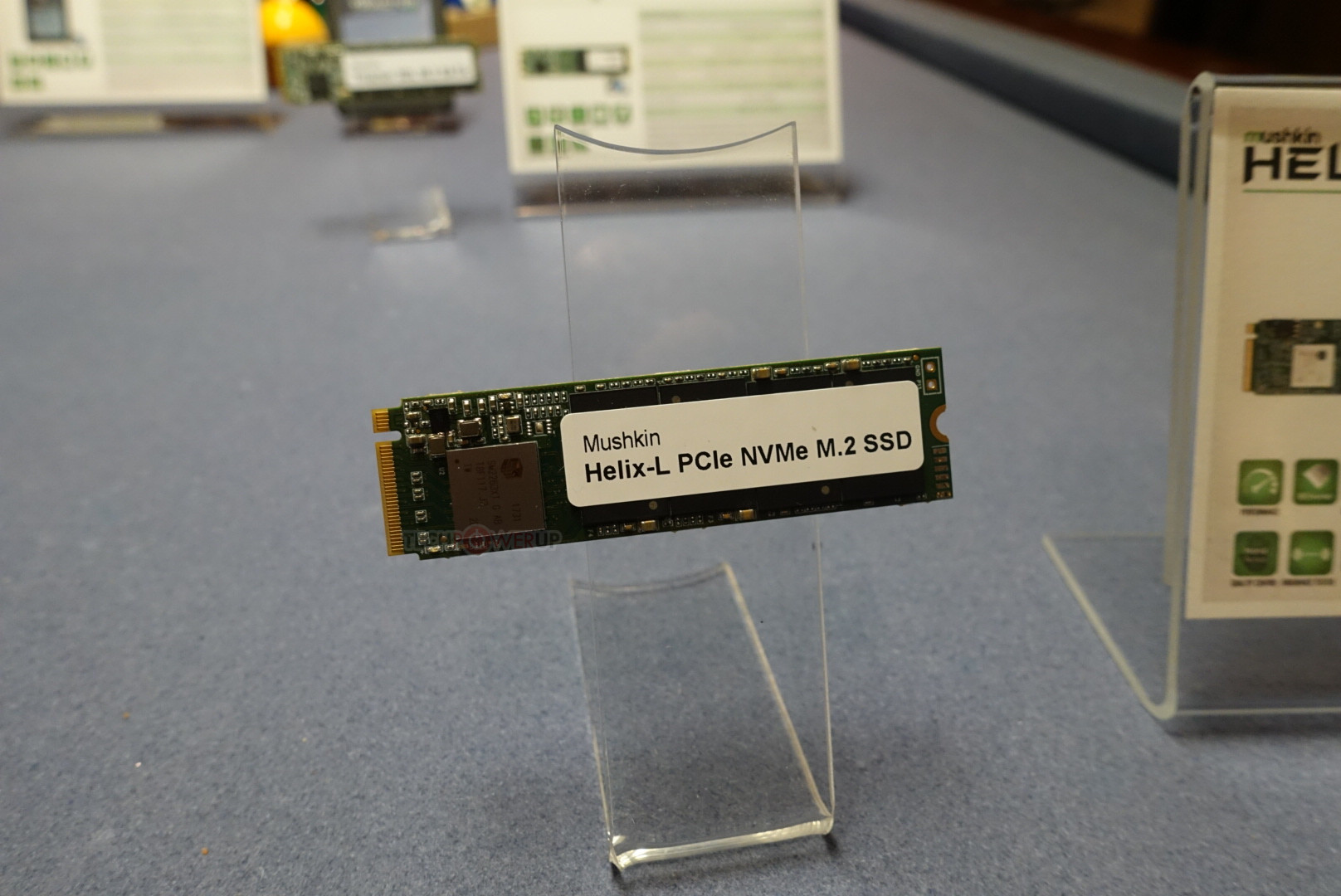 Muskin's second SSD is a high-performance model called the Pilot, using a faster Silicon Motion SM2262 controller which uses 3D TLC NAND over eight channels and offers a DRAM cache. This drive pushes out random read/write performance of 3,200/1,900MBps and random 4K read/write performance figures of 370,000/300,000 IOPS, making this SSD a significant upgrade over the Helix-L.

The Pilot will release with capacities that range from 240GB to 2TB, impressive storage levels for an M.2 drive.

At this time Mushkin has not revealed any pricing or availability information about both of these drives.

You can join the discussion on Mushkin's Helix-L and Pilot series of M.2 SSDs on the OC3D Forums.

AlienALX
Would be nice to see Mushkin back. Always liked their ram.Quote

Digikid
I thought they died a long time ago. MushkinGreg was always a HUGE help.Quote
Reply