This SSD will be available with capacities of up to 4TB

At CES 2021 MSI has announced that they will soon be releasing their first PCIe 4.0 NVMe SSDs, offering users read speeds of up to 7,000MB/s and write speeds of 6,900MB/s.

To achieve these speeds, MSI has built these SSDs using TLC NAND, a 10-layer PCB and a beefy-looking heatsink. Sadly, MSI did not reveal much information about their new solid state drive, aside from the fact that the drive will ship with capacities of up to 4TB. At this time, MSI has not revealed the controller that they will be using for their PCIe 4.0 SSD.

We expect to hear more about MSI's SSD plans in the near future, but for now, we have the image below which showcases two heatsink designs for their planned gaming SSDs. We will release more information about these drives when we receive it. 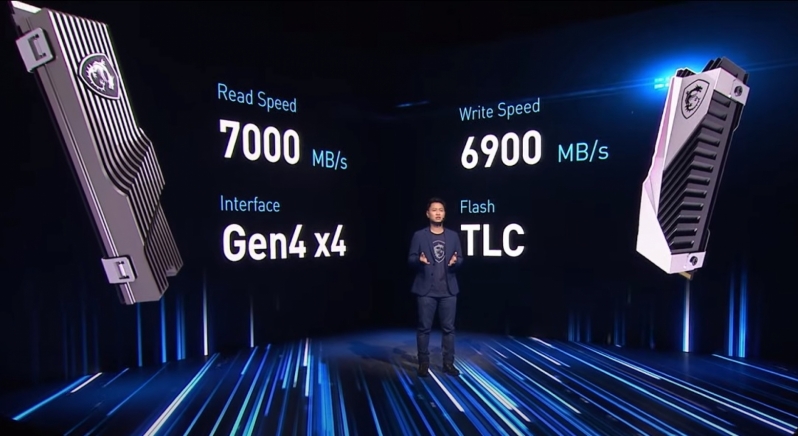 You can join the discussion on MSI's first PCIe 4.0 NVMe SSDs on the OC3D Forums.