The development of 3D NAND has been a slow process, being limited to a small number of products for several years and eating up a huge amount of R&D money from every major NAND manufacturer.
Today 3D NAND is starting to become mainstream, finally delivering the benefits of the new technology to consumers like increased capacities, lower power consumption and more affordable pricing.
Micron, one of the world's major NAND manufacturers has showcased their latest 3D NAND dies, showing huge space saving when compared to their traditional planar NAND counterparts and increased levels of storage capacity per die. Micron now offers 256Gb (32GB) Gen 2 3D NAND dies that come with a die size that is almost 4x smaller than a 128Gb (16GB) 16nm Planar NAND die, resulting in an almost 8x increase in storage density.
looking also at the 384Gb (48GB) die we can see a 3x increase in capacity per die, which again is a huge improvement over traditional Planar NAND designs.
These smaller wafers will allow more dies to be fitted into a single product, as well as increase parallelism over a large number of chips, both offerings increased potential throughput and storage capacities, which is great news for future SSDs. Also consider the fact that silicon wafers are fixed cost, so increasing the number of dies you get per wafer will always result in lower production costs. 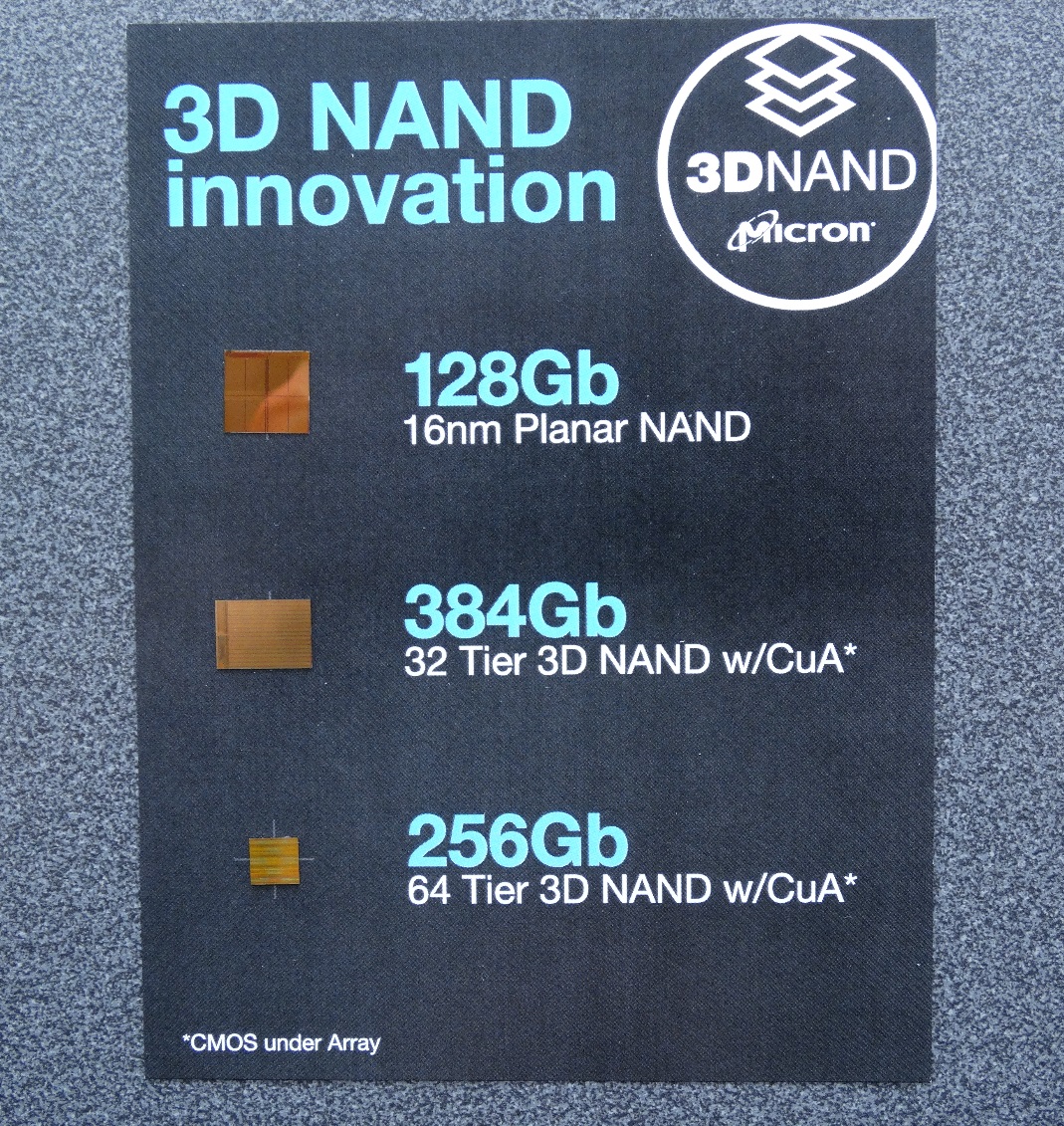 Smaller dies with larger storage capacities will also allow manufacturers to create more storage dense products by allowing more silicon dies or more NAND packages to be fitted onto a PCB, which will be very useful for creating larger capacity M.2 SSDs.

At the time of writing, there is a global NAND shortage, which through the laws of supply and demand have inflated NAND pricing. As 3DNAND production ramps up across several different manufacturers like Micron, Sandisk and Toshiba this problem will be alleviated, hopefully allowing NAND pricing to return to normal levels.

You can join the discussion on Micron's new 3D NAND technology on the OC3D Forums.

NeverBackDown
Taken them awhile. Good to see it should be coming around soon though.Quote

Avet
Can we please see the improvements in current technology, and drop in prices. SATA is already at it's limit. We don't need 10TB SSD. Cheep 1TB would be epic.Quote
Reply