Earlier this year, Intel and Micron split up their NAND joint venture, breaking up a long-term partnership which has seen both companies co-develop 3D memory using Floating Gate NAND technology. This partnership has allowed both companies to develop 64-layer 3D QLC memory and 96-layer 3D TLC memory in the recent past.

Now, a mere six months later, Micron and Intel have confirmed that they plan to split up their 3D XPoint joint venture after the release of 2nd Generation XPoint technology. Xpoint memory, which is also known under the Intel brand-name Optane, is a 3D Non-Volatile memory technology can offer speeds that sit between both NAND and DRAM, offering high-performance levels at low Queue depths and deliver ultra-low-latency reads and writes.

Intel currently utilises this memory type to construct high-performance solid-state drives, though there are also plans in place to use this memory as an affordable replacement for DRAM in enterprise applications.

Micron's vice president of technology development, Scott DeBoer, has stated that "By developing 3D XPoint technology independently, Micron can better optimize the technology for our product roadmap while maximizing the benefits for our customers and shareholders", which in short means that both companies wanted to take XPoint's development in different directions.

It is likely that Intel wants to continue focusing on using Optane/XPoint as a replacement for DRAM, whereas Micron is expected to develop their XPoint memory for use on with future SSDs and other storage devices. 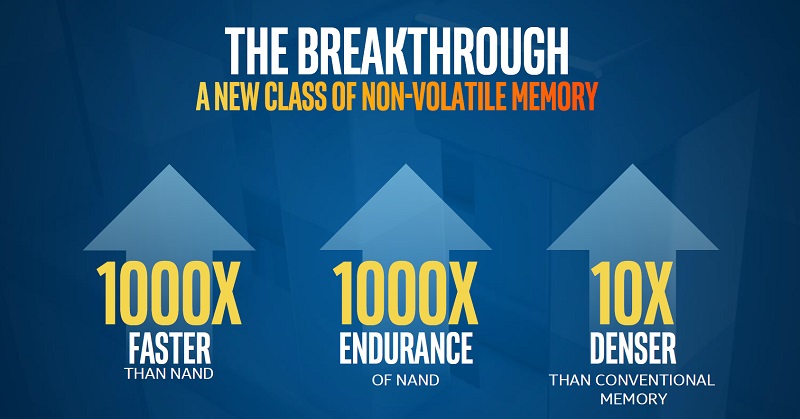 While both manufacturers have ended their partnership, the impact of this change will not be seen until both companies release their 3rd Generation Optane memory, which will be developed independently.

Second Generation XPoint memory will release in the first half of 2019, with both companies planning to complete their joint venture until this time. This distinction means that things will continue as usual for the next year or so, though after that point Intel and Micron are on their own.

You can join the discussion on Intel/Micron ending their partnership on 3D XPoint memory on the OC3D Forums.