Micron brings XPoint to market with "the world's fastest SSD"

Micron brings XPoint to market with "the world's fastest SSD"

Before now, Micron sold its 3D XPoint memory to Intel to create Optane devices, but now Micron has its own XPoint devices up its sleeves, an SSD which promises to be the "world's fastest". Meet Micron's X100 SSD.

With the potential to offer up to 2.5 million input/output operations per second (IOPs), Micron states that their X100 is more than three times faster than today's competitive SSD offerings. In terms of bandwidth, the SSD can also deliver 9GB/s read, write and mixed performance, thanks to the SSD's PCIe 3.0 16x link. Yes, this SSD isn't PCIe 4.0, though it must be remembered that most of today's servers operate using PCIe 3.0.

Micron plans to sample their X100 SSD to selected customers this quarter and release the SSD to a broader customer base in 2020. This SSD is focused on the enterprise market, which means that PC builders shouldn't expect a consumer release of this product.

Sadly, Micron has not revealed the storage capacity of its MX100 series of SSD. 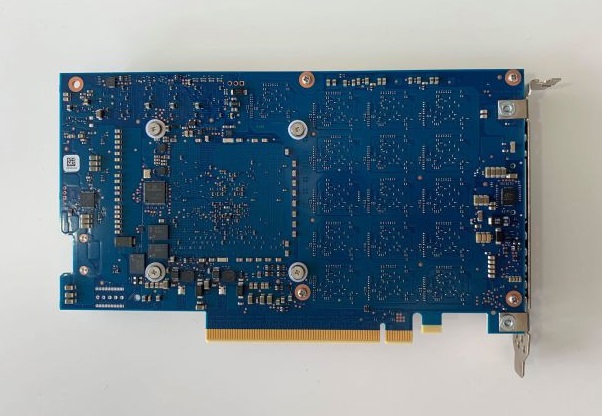 You can join the discussion on Micron creating the "world's fastest SSD" on the OC3D Forums.

AlienALX
My buddy's cousin in the USA works for micron. My buddy just got given a couple of X8 PCIE ssds. Bloody hell they are fast! I bet this thing screams.Quote

Bartacus
Stuff like that makes me want to go Threadripper, just to have PCIE lanes to spare for toys like this.Quote

AlienALX
Quote:
Oddly enough my buddy is on TR.

He sent me a 800gb SSD but it's not working properly. Need to investigate more.Quote
Reply