A new player has entered the fray

The SSD market has seen significant growth over the past few years, so much so that several new manufacturers have entered the fray, including companies like Gigabyte and Seagate.

Now Lexar has entered the SSD market, releasing their new NS100 and NS200 series drives, both of which are designed to offer users fast boot times, data transfer speeds and application loading times.

Moving onto the NS200, we see Lexar move from the grey colour scheme of their NS100 to a black shell, with the NS200 shipping with 240GB and 480GB capacities and higher levels of SATA 3.0 performance. The NS200 will offer sequential read/write speeds of 550/510MB/s as well as 95/90K read/write IOPS respectively. These speeds apply to both the 240GB and 480GB models of the NS200.

The NS200 will cost $79.99 and $109.99 respectively, with both the NS100 and the NS200 shipping with a three-year limited warranty. This warranty will last until their TBW (Terabytes Written) limits are exceeded, or the warranty period ends, whichever comes first. For 120GB, 240GB and 480GB drives the TBW limits are 60TB, 120TB and 240TB respectively, which is equivalent to around 500 full drive writes. 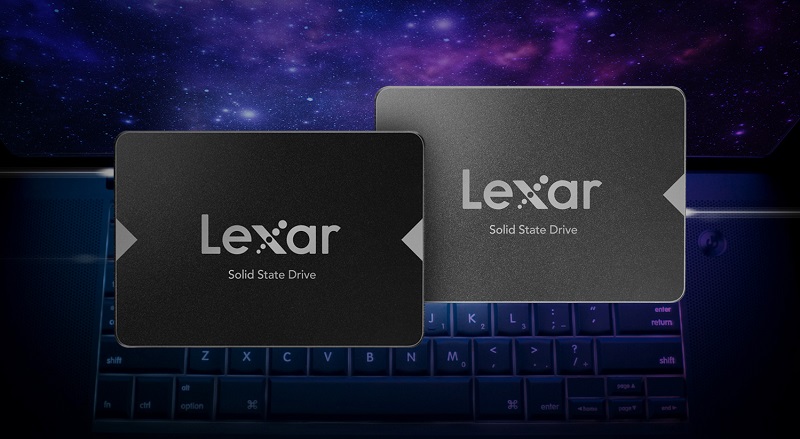 Lexar's SSDs will ship with a utility called SSD Dash, which will provide up-to-date information about the user's drive, including S.M.A.R.T functions, lifespan monitoring and secure erase features. Some SSD models will also support firmware updates through this utility.

You can join the discussion on Lexar's NS100 and NS200 series SSDs on the OC3D Forums.