Faster speeds and capacities up to 2TB

The thinking behind the KC2000 is simple, create an SSD that offers more performance and higher capacities than their KC1000 by utilising new controller technology from Silicon motion and 96-layer TLC NAND. 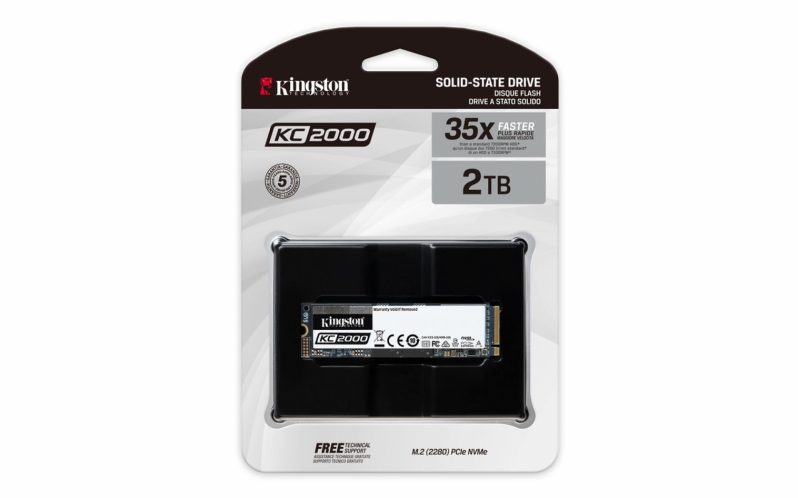 You can join the discussion on Kingston's KC2000 series of M.2 NVMe SSDs on the OC3D Forums.

RobM
priced a bit high even compared to SamsungQuote

WYP
Quote:
We will have to see what retailers sell them for. That's what the press release said, but for all we know that was written months ago with old NAND and competitor pricing in mind.Quote

66racer
So happy to see another 2TB NVME option out there!! The Samsung 2TB models keep going out of stock. Even at the distributor levels.Quote
Reply