During the company's Q2 2022 earnings call, Intel confirmed that they are in the process of winding down their Optane memory business, and ending the development of their innovative 3D XPoint memory technology.

Intel's XPoint memory is a non-volatile memory type that offers users performance characteristics that sit between DRAM and tadeonal flash memory, offering high levels of read/write performance, and excellent performance levels in workloads where traditional NAND flash often falls short. Even so, the industry's reaction to Optane/XPoint was poor, as the new memory type was too expensive to be considered a viable replacement for flash memory.

While XPoint was an innovative technology, continued advancements in 3D NAND flash memory made SSDs more storage dense and much faster. In contrast, Optane remained expensive (cost per GB of storage), and its performance enhancements were only seen as worthwhile for a minority of workloads. Intel also used its XPoint/Optane technology to create Optane DIMMs to replace DRAM, but this venture also saw little success.

Now that 3D NAND stacks are pushing past 200 layers and PCIe SSD controllers are moving to PCIe 5.0, Optane has become increasingly less viable as a memory type and is no longer considered as a worthwhile area of continued investment. In a statement released to Anandtech, Intel representatives said the following.

We continue to rationalize our portfolio in support of our IDM 2.0 strategy. This includes evaluating divesting businesses that are either not sufficiently profitable or not core to our strategic objectives. After careful consideration, Intel plans to cease future product development within its Optane business. We are committed to supporting Optane customers through the transition. 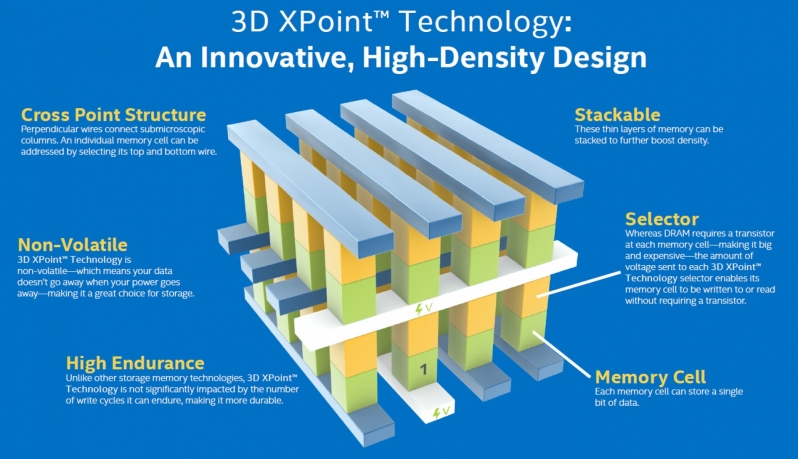 You can join the discussion on Intel's planned closure of their Optane memory business on the OC3D Forums.

grassman
What a shame unified memory and storage had immense potential.Quote

Avet
So sad. 3D XPoint was vastly superior to NAND. Too bad they couldn't bring the price down.Quote