Intel's first XPoint powered SSD has been revealed, offering some staggeringly fast read/write speeds, especially at low queue depths.
This new SSD is the Intel P4800X, an SSD that has already been documented by Intel. This SSD is said to be the first Data Center Oriented SSD to use Intel/Micron's new 3D XPOINT memory, which is designed to offer DRAM-like speeds with non-volatile storage (Data isn't wiped when no power is applied).
The P4800X will initially launch with a 375GB capacity option, though 750GB and 1.5TB version are planned. Right now these enterprise grade drives are listed with 2400/2000MB/s sequential read/write speeds, which isn't as fast as the listed specs of drives like the Samsung SSD 960 Pro, though this does not come close to painting the whole picture.
XPOINT's biggest selling point is that it can offer high speeds at low Que depths, allowing XPOINT SSDs to offer high read/write speeds almost irrespective of load, allowing tiny chunks of data to be accessed with almost ramdisk-like speeds. 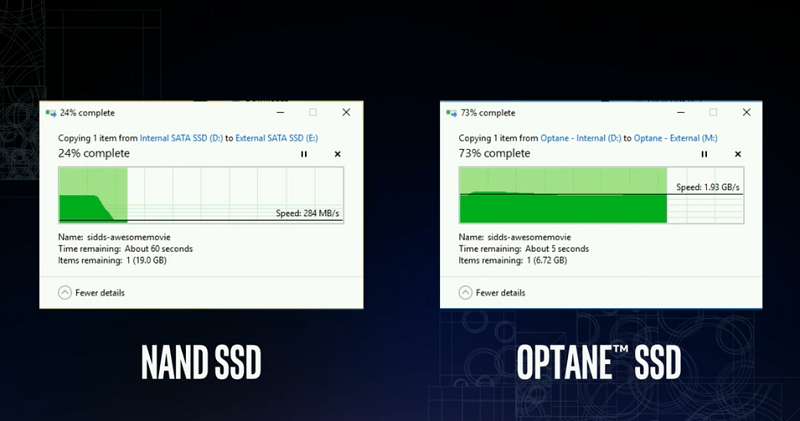 Comparing this to Samsung's mighty SSD 960 Pro the P4800X offers much higher random IOPS, with the Samsung offering 330,000IPS read/write on their 512GB model. If these drives were compared using a queue depth of one, the Intel XPOINT SSD would offer an even more staggering performance improvement. 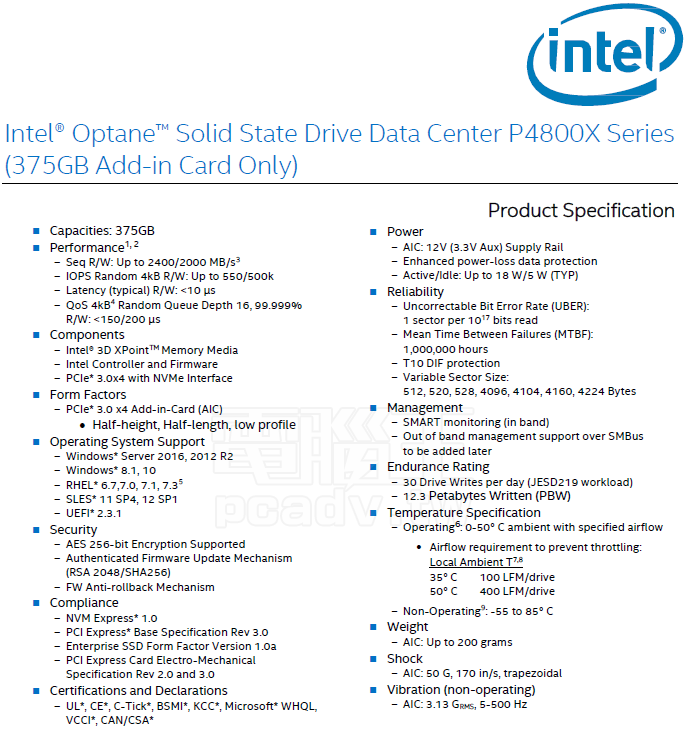 While XPOINT memory will not be transformative when it comes to sequential read/write speeds, it completely changes the game when it comes to accessing data at low queue depths, allowing smaller chunks of data to be accessed quickly and an SSD experience that feels much faster than even current NVMe offerings.

You can join the discussion on Intel's XPoint powered P4800X SSDs on the OC3D Forums.

Bartacus
I sure wouldn't mind one of these in higher capacity. I could live with 1.5TB.

Wonder what the price point is going to be on those.Quote