NAND technology is continuing to evolve, bringing with it increased performance, lower pricing and the promise of tighter competition. QLC NAND is one of the latest NAND innovations, increasing the bit density of NAND storage to deliver users more storage for their money, especially on consumer drives.

Intel 660p has quickly become one of the world's most popular QLC-powered SSDs, and soon this SSD will be replaced by an enhanced model, which will feature 96-layer QLC NAND and the same SM2263 controller as the original.

While a NAND update may not seem like much, Intel has showcased a prototype 665p that offers a 40-50% boost in sequential transfer speeds, and a 30% increase in random access speeds. Random 4K reads and writes also see a drop in latency, another factor which will increase the drive's perceived performance.

Another benefit of Intel's 96-layer NAND is an increase in storage potential per NAND chip, which allows 2TB M.2 SSDs to be created without using both sides of an M.2 PCB. While Intel could use this to increase the maximum storage of their upcoming 665p SSD, at this time Intel appears to be aiming to release the same 512GB, 1TB and 2TB capacities as their original 665p. 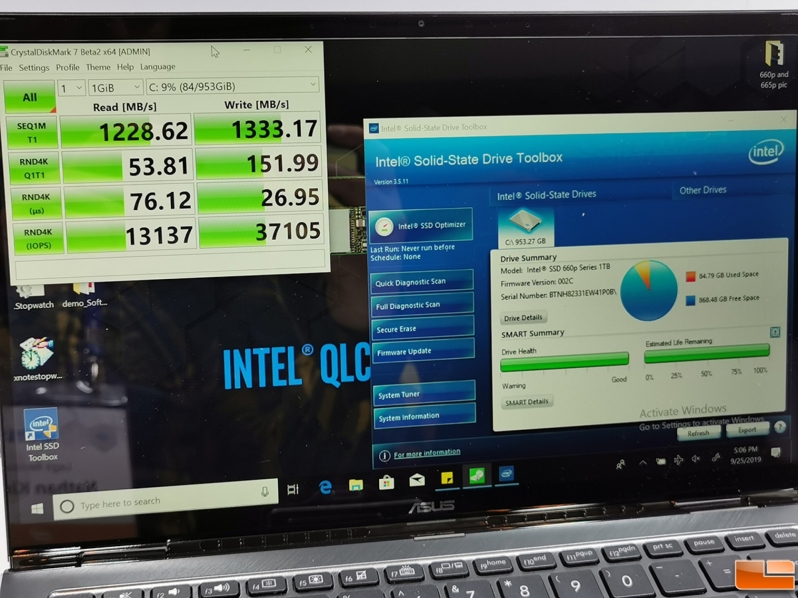 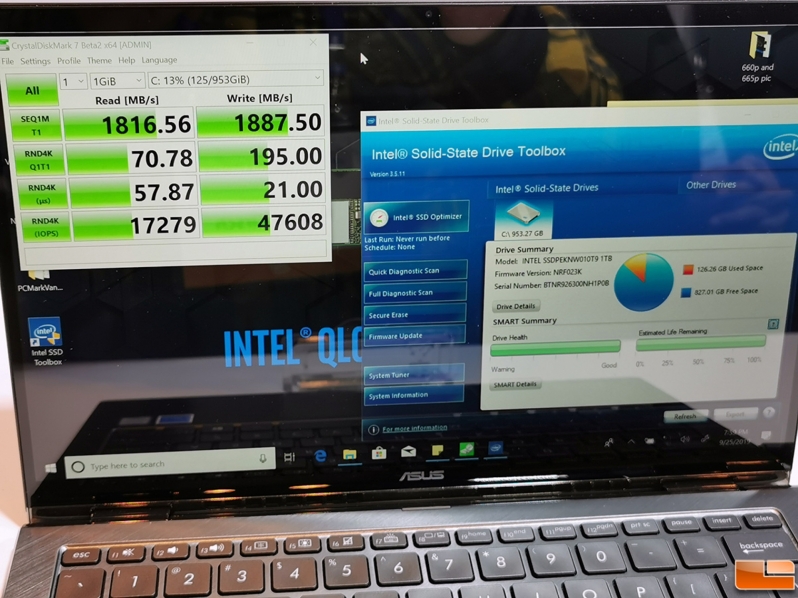 In time, Intel plans to eliminate the use of hard drives in mainstream systems using the power of affordable QLC NAND. The 665p marks another step towards this goal. Today, a 1TB 600p SSD is available for around £100 in the UK.

You can join the discussion on Intel's upcoming 665p SSD on the OC3D Forums.