Intel's XPoint/Optane memory is perhaps one of the most interesting new additions to the storage market in recent years, offering performance characteristics that straddle the line between DRAM and SSD storage, offering the potential to shake up the PC market in ways that would have seemed impossible a few years ago.

Right now Optane is not utilised in the way that Intel envisioned, as in many ways Optane is too fast to be hampered by PCIe lanes, NVMe controllers and other solutions that stand between the memory itself and the processors that it's designed to speak to. One of the key benefits of Optane is its low latency reads and writes, making it most beneficial to place Optane as close to the user's processor as possible. This is why Intel wants to put their Optane memory onto DDR4-like DIMMs, giving their memory more direct access to a processor than any other non-volatile storage solution.

Yes, Optane is a great storage solution for those that demand low latencies, but Intel has stated that their Optane DC SSDs have an average idle read latency of about 10,000 nanoseconds (10 microseconds), whereas their Optane memory DIMMs are expected to offer average read latencies of 350 nanoseconds. This represents a 28.5x improvement in average read latencies, performance levels that are respectably close to the DRAM, which typically offers sub-100 nanosecond latencies. While Optane isn't as fast as DRAM, it gets close enough to make it an attractive proposition, especially given the cost of Optane.

Right now, Intel's Optane DIMMs require specialised hardware configurations to run correctly, hardware that is currently limited to enterprise-grade server platforms. Intel no doubt has plans to trickle this technology to the consumer market in the future, especially if they can get Operating Systems to start taking full advantage of non-volatile DRAM alternatives natively. 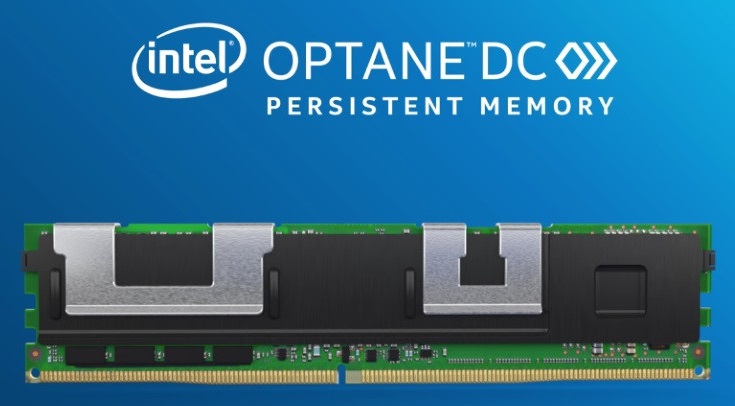 Optane has the potential to be a game-changing technology for Intel, especially if future generations of their technology can further reduce Optane's read/write latencies. It is even possible that Optane could replace DRAM in many low-end configurations, where the increase performance of DRAM is not necessary, and the non-volatile nature could be beneficial.

You can join the discussion on Intel's impressive Optane DIMM performance on the OC3D Forums.

Warchild
2019 is going to be the Year of the Intel

AlienALX
Quote:
I reckon it's going to be serious fisticuffs with AMD lol.