HyperX Gaming, a subsidiary of Kingston, has unveiled their HyperX Fury RGB SSD, integrating RGB illumination into the chassis of a SATA-powered solid state drive.

This SSD is compatible with 4-pin RGB pinouts, allowing the SSD to be easily integrated into systems with ASUS Aura Sync, Gigabyte RGB Fusion, MSI Mystic Light and ASRock's RGB Sync technology. These SSDs can also be daisy-chained with other RGB-compatible products.

HyperX Fury RGB SSDs will be available as either "Basic" or "Upgraded" packaging, with the "Basic" model shipping with an RGB cable, and HDD cloning software (Acronis True Image) while the "Upgraded" model ships with a USB 3.0 enclosure, a 3.5-inch conversion bracket with mounting screws, and a HyperX branded screwdriver.

These new HyperX Fury RGB SSDs will ship with 240GB, 480GB and 960GB capacities, all of which offer sequential read/write speeds of up to 550MB/s and 480MB/s respectively. HyperX will ship these SSDs with a 3-year limited warranty and 120TB, 240TB and 480TB Total Bytes Written (TBW) warranties (for the 240GB, 480GB and 960GB drives respectively), which will end the SSD's warranty early if these data write milestones are passed. 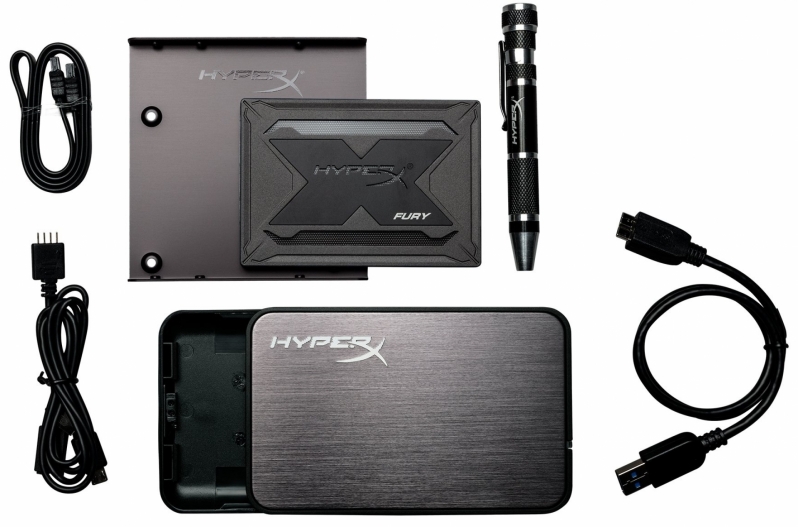 At this time we do now have clear MSRP pricing HyperX's new SSD models, though these SSDs are expected to become available in the UK via Amazon UK and CCL Computers in the near future, alongside other retailers. 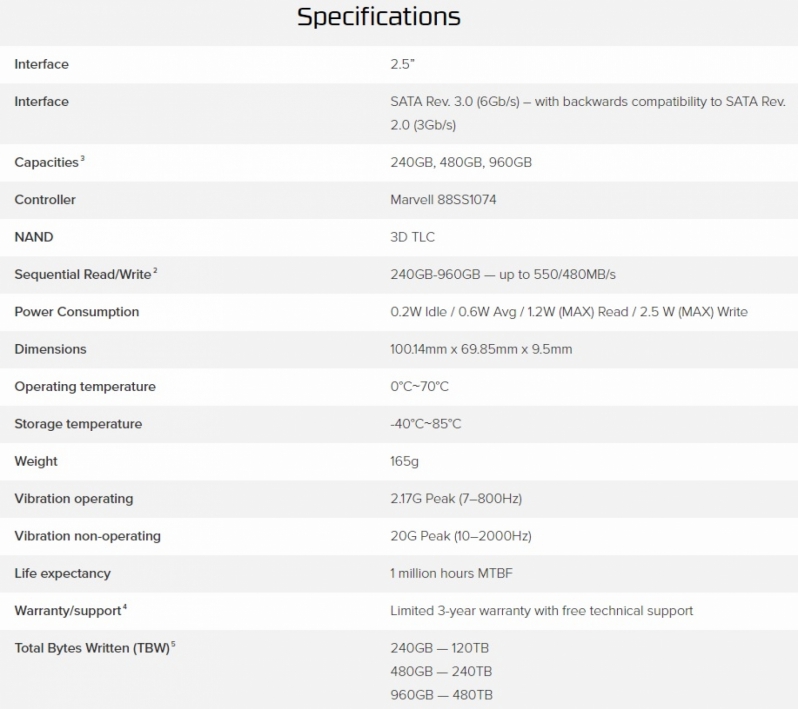 You can join the discussion on HyperX's Fury RGB SSD on the OC3D Forums.

Darkdayzzz
While I think the RGB craze is getting....pardon the pun - crazy.... this SSD doesn't really look at that bad.

I think it looks kinda cool, and nice that it can integrate right into the motherboard headers, that helps cables from being in places you don't necessarily want.

Again though the nice thing is this: You don't have to use the RGB function at all, so don't need to run that cable unless you want to use it.

And for people who are still going off on the whole "RGB should die" mindset I say this: You can disable it....if you don't want lights on just turn them off in the software. Easy.Quote

WillSK
Quote:
I am not a fan of the RGB craze at all. However I completely agree with your point Dark that you can simply turn it off. A lot of the RGB products still look decent with either off or basic white lighting.

Peace Đ
While it would look cool in some cases (pun intended as well), I guess nobody would want a overprized, yet performancewise underperforming product. These SSDs are overheating, therefore throttling performance!Quote
Reply