This SSD is fast!

Gigabyte has plans to release what could be the world#s fastest PCIe 4.0 consumer SSD, bringing users sequential read/write speeds as high as 15,000MB/s and 8TB of storage capacity.

This SD uses a high conductivity thermal pads, a 5.5mm pure copper heatsink and a blower fan to ensure low operating temperatures. Users of this SSD can also use Gigabyte's Aorus Storage Manager software to tweak the SSD's fan operating profiles or to read from the SSD card's eight temperature sensors. 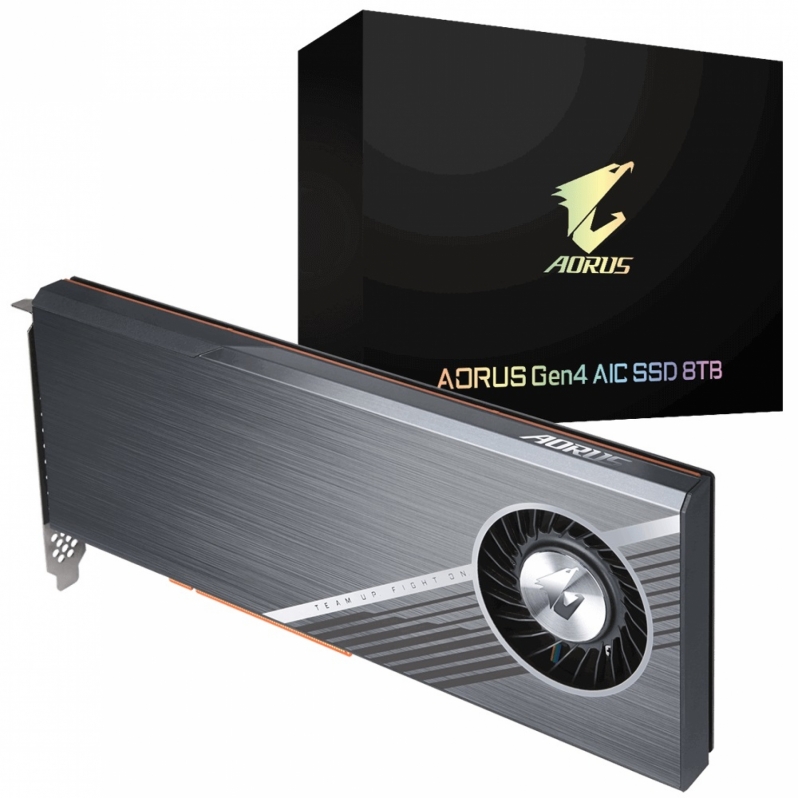 At this time, Gigabyte has not revealed the release date or price tag of this SSD. That said, our guess is that its release will coincide with the launch of 3rd Generation Threadripper CPUs. These CPUs will release with PCIe 4.0 support and more than enouch PCIe lanes to handle this SSD at its peak performance.

Today's AM4-based Ryzen 3rd Generation processors can support a maximum of 24 PCIe 4.0 lanes, making the 16x lane requirement of this SSD too much for most systems. Today's Ryzen 3rd Generation processors do not ship with integrated graphics, which means that the CPU's PCIe lanes will need to be used on a graphics card as well as storage devices. Not many AM4 motherboards will support a PCIe 16x SSD and a full-sized graphics card at the same time.

You can join the discussion on Gigabyte's 8TB Aorus Gen4 AIC SSD on the OC3D Forums.

OMG.PLS.NO
And for the price, id probably be better off buying a car instead.Quote

NeverBackDown
8GB of Dram.. for the price it will cost I would have least have liked 16GB. For the applications it will inevitably be used for Dram would be important.Quote
Reply