How many M.2 cards can you fit into a small form factor PC?

Motherboards that use this card have to support PCIe segmentation, as the device has no built-in logic, limiting this device to specific use cases. Even so, this device can enable PC builders to fit more M.2 NVMe devices into smaller form factors than ever before, with competing M.2-to-PCIe devices using a full height PCIe form factor.

Both devices include heat spreaders, thermal sensors and activity LEDs for each drive on the device. Gigabyte has not revealed the retail price of this device at this time. 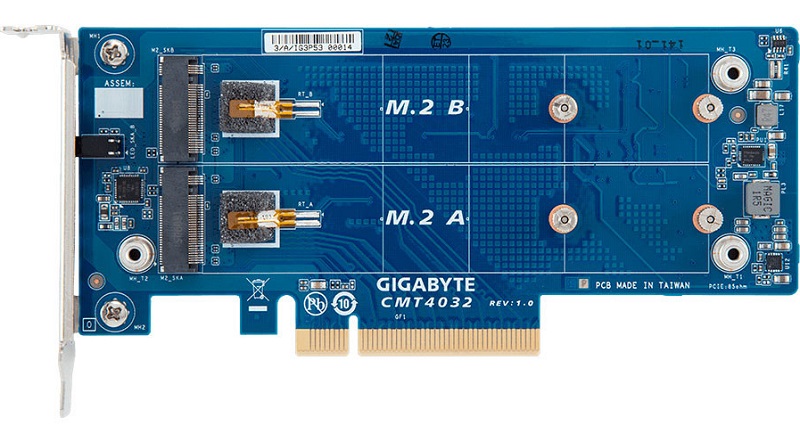 You can join the discussion on Gigabyte's CMT403X series of M.2-to-PCIe add-on-cards on the OC3D Forums.

Warchild
Quote:
Why does that matter? You can box it up like you did with one of your builds. Better this than their silly orange series that doesnt fit anywhere.Quote

Daiyus
Has anyone made one of these that is also a RAID card for the drives on board? Kind of like a build-it-yourself PCIe SSD that can be transferred between PC's without losing all the data.Quote

But no I've not heard of anything like that....yet. Eventually something will come out that can do that, but probably not for a long while.Quote
Reply