The Hall of Fame series has a new leader.

The Hall of Fame Extreme will ship with 1TB, 2TB and 4TB options, offering users sequential read/write speeds of 7,000MB/s and 6,850MB/s respectively. These speeds match Sabrent's recently revealed Rocket 4 Plus, which makes sense as both SSD makers are using the same Phison controller.

Like the Sabrent Procket 4 Plus, Galax's HOF Extreme uses TLC NAND and sits within the industry-standard M.2 2080 form factor. Galex differentiates itself by offering its customers a white PCB and an elegant mirrored heatsink. This heatsink is thinner than the heatsink used with Galax's prior PCIe 4.0 SSD, a factor which will improve this drive's compatibility with modern motherboards.

If Galax's specifications are to be believed, the Hall of Fame Extreme will match the sequential read speeds of Samsung's upcoming 980 Pro SSD and offer users higher sequential write speeds. This is great news for consumers, as similar speeds will be achieved by most SSDs using Phison's PS5018-E18 controller.

We expect to hear more about Galax's Hall of Fame Extreme PCIe 4.0 SSD as it gets closer to its launch. 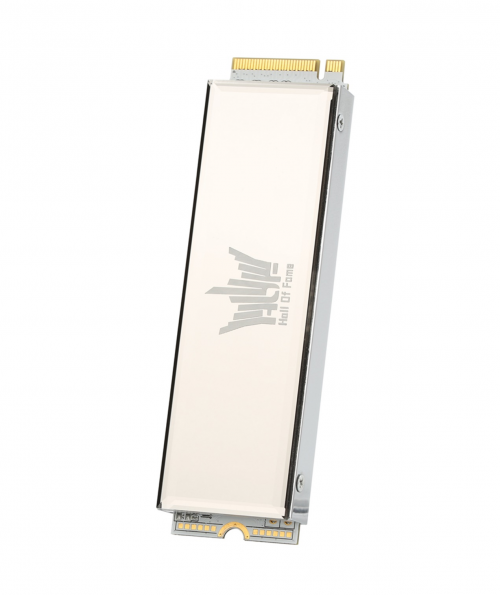 You can join the discussion on Galax's Hall of Fame Extreme PCIe 4.0 SSD on the OC3D Forums.