Crucial has announced their new BX300 series of SSDs, which are designed to come with "SATA Saturating Performance" and Micron's 3D NAND technology.

This new SSD will come as a follow-up to Crucial's popular MX300 series SSD, coming with a Marvel DRAMless controller and 3D TLC Flash memory in capacities of 240GB, 480GH and 960GB. This SSD is designed to offer great value for money while still offering performance that is similar to their MX300, if not greater. 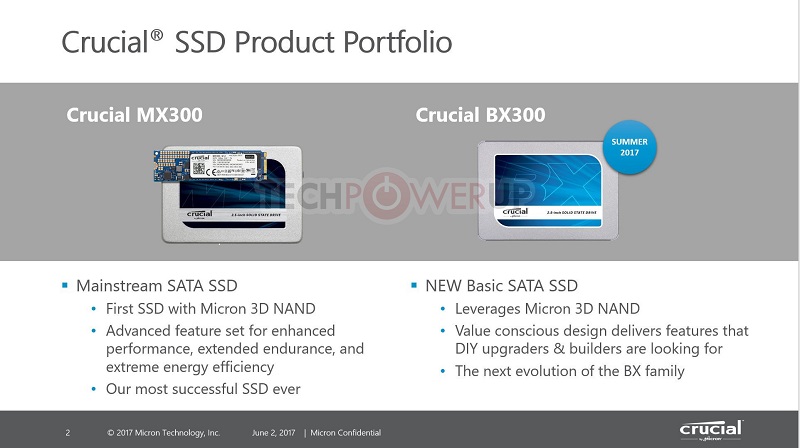 Right now Crucial's BX300 SSD is expected to launch in mid-late July, though the company has not released any pricing at this time.

You can join the discussion on Crucial's upcoming BX300 SSD on the OC3D Forums.

AlienALX
Quote:
It's not far off..

AlienALX
Quote:
Totally. I've got an ARC 100 480gb, hasn't missed a beat. Don't forget, it's not OCZ any more. It's all Toshiba they just use the OCZ branding.Quote