Corsair's upcoming PCIe 4.0 NVMe Force MP600 series SSD is now available for pre-order in both the US and in Japan, listing release dates of August 1st and July 13th respectively.

At this time Corsair has no revealed their official MSRP prices for these drives, though, given their utilisation of PCIe 4.0 and their use of a new controller from Phison (the PS5016-E16), these drives are expected to ship with pricing that's higher than today's fastest PCIe 3.0 M.2 storage drives. 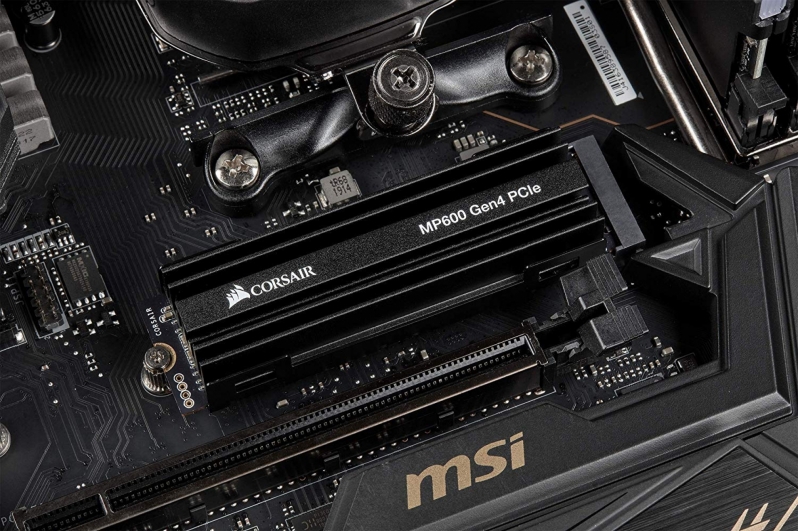 You can join the discussion on Corsair's PCIe 4.0 NVMe MP600 SSD becoming available for pre-order on the OC3D Forums.

Bagpuss
So, just as were constantly being told that prices for SSD's are falling through the floor, manufacturers find an excuse to jack the prices back up.

NeverBackDown
Quote:
It's very expensive to use PCIe 4.0. I'm not sure what else you could have expected? On top of that it will be a low volume product. Which further increases the price.Quote

WYP
Quote:
The price of NAND is falling, but this thing contains the world's first PCIe 4.0 controller and requires high-performance NAND to reach peak performance. Being top of the pack has always been expensive...Quote

Avet
I wonder will it outperform current drives in IOPS, small block sizes, and low queue depth tasks on PCIe 3.0 systems. That is where true performance of a drive is. Not it's max read/write speed. Intel Optane 905p is only 2600/2200 MB/s, R/W, and it blows away any other drive in all use case scenarios. I don't know why people, and reviewrs are not more focused on that type of performance. Max read/write doesn't do anything for you.Quote

tgrech
Quote:
Because that's not really the case for most people. Those factors dominate when using an SSD as a scratch disk for applications or pagefiles, or synthetic benchmarks, but 95% of intensive consumer use cases for SSDs are literally just big sequential reads, this is why Optane has been mostly DOA besides for laptops where it's used so vendors can cheap out on actual memory.Quote
Reply