This NVMe SSD comes with 400GB and 800GB models

Two new Corsair NVMe SSDs have appeared in the US, sporting a PCIe form factor and premium grade NVMe SSD performance.
These two SSDs are listed with the NX500 brand name, with capacities of 400GB and 800GB and sequential read/write speeds of up to 3,000MB/s and 2,400MB/s. In terms of random Read and write performance these SSDs are also set to offer 300,000 and 270,000 IOPS respectively, which is a lot of performance for a modern SSD.
Both of these new NX500 series SSDs come with MLC flash, which means that there is potential to offer TLC-based models in the future, though these will no doubt offer less performance. At this time the controller used in this SSD is unknown, 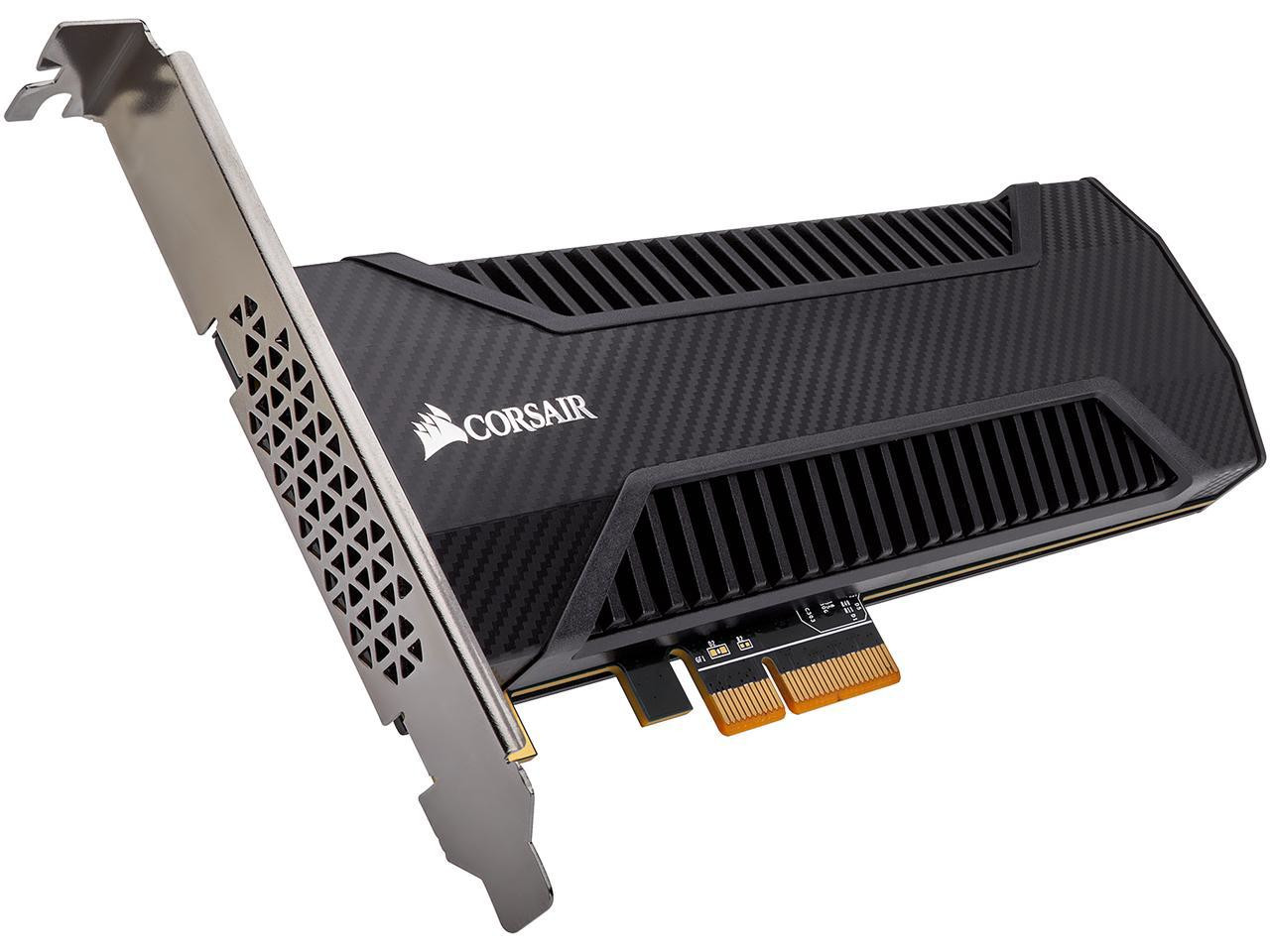 These two SSDs are currently available for sale in the US for $319 and $699 for the 400GB and 800GB version respectively on Newegg. At this time we do not know when these drives will be released in the EU and other regions.

You can join the discussion on Corsair's Neutron NX500 series of SSDs on the OC3D Forums.

Dicehunter
So in the read/writes department it's basically just an MP500 built into a PCI-E bracket, At least it has a passive cooler.Quote
Reply