ASRock has been making a lot of noise about their new Ultra Quad M.2 card, a device that allows up to four M.2 SSDs to be utilised at once at their full speeds using a 16x PCIe lane. This tool is designed to allow system builders to connect an insane amount of M.2 storage to their PCs, while also delivering a more optimised design than their competition.

With this design ASRock has decided to be bold, calling out ASUS directly for what they perceive to be sub-optimal design decisions on their Hyper M.2 16x riser card.

The first change that ASRock has made is to tilt their M.2 slots at a 45-degree angle, with the M.2 interface being placed as close to the PCIe lane as possible, offering support for full-length 20100 (110mm long) M.2 cards while minimising the length of their traces. ASUS' design does support the same length of M.2 cards, but their variant requires longer traces, adding a little extra latency to the model. 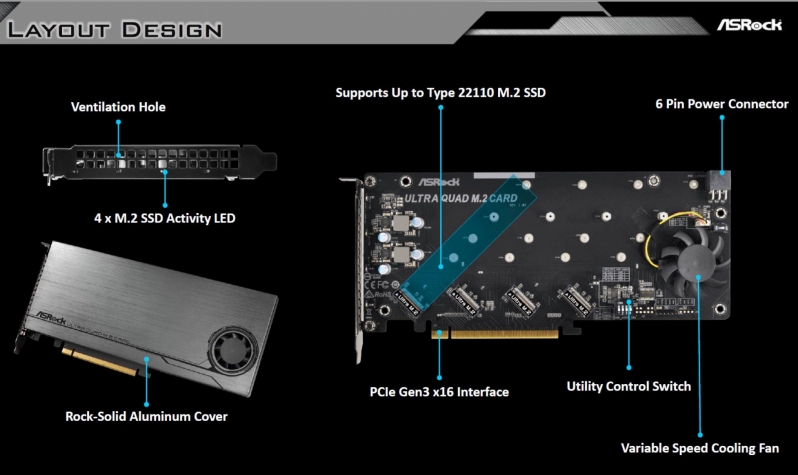 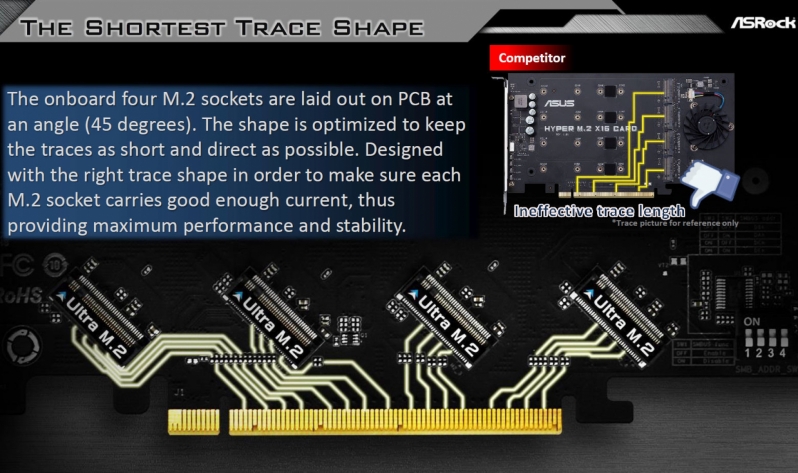 ASRock also claims to offer better thermal performance than ASUS' counterpart, delivering thermal results that are 3-11 degrees cooler. ASRock has achieved this with a larger cooling fan on their M.2 card, while also offering longer (110mm) thermal pads to connect the M.2 drives inside to the card's metal shell. ASRock stated that ASUS' thermal pads are only 80mm long.

A 6-pin power connection has also been added to ASRock's design, allowing the device to use more power hungry M.2 drives than its ASUS counterpart, while also offering users a software utility to monitor the M.2 devices on the M.2 card. This utility can also be used to control the device's fan. 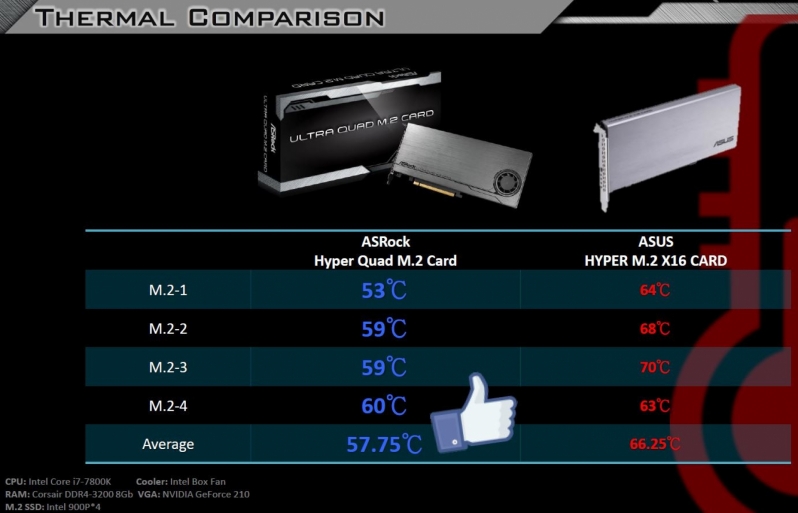 ASRock officially supports NVMe RAID on these products with Intel X299 and AMD X399 systems, with the card being expected to retail for $69.99. 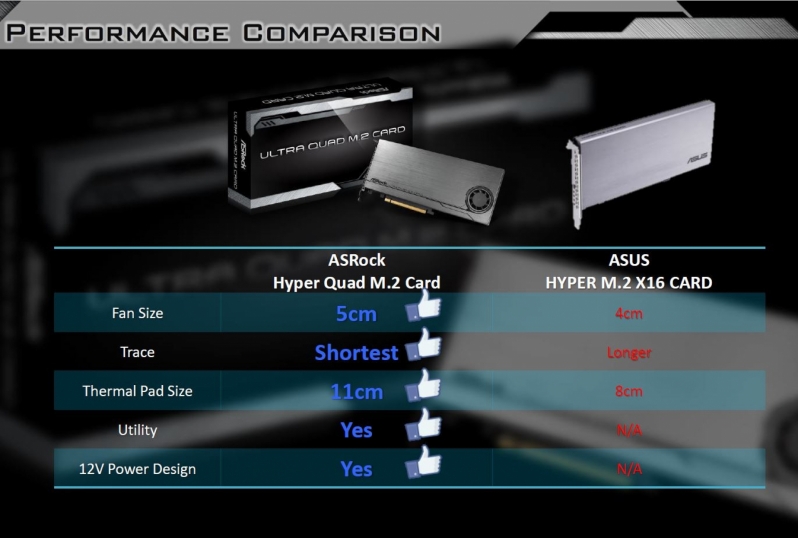 You can join the discussion on ASRock's Ultra Quad M.2 card on the OC3D Forums.

I would install some Corsair MP500 on it.

AngryGoldfish
Quote:
It should work with all PCI-e SSDs as far as I can tell.

Quote:
If I had the money I'd buy this and populate all sockets with 2TB m.2 SSDs and completely remove my SATA drives entirely. Such a clean build it would be.Quote

cj09bruno
Quote:
the problem is that you need to tell the cpu that the x16 slot is divided into 4 x4 connections, and many boards/cpu configs don't support itQuote

AngryGoldfish
Quote:
True, but the market clientele for this kind of device would also be able to afford (if money was a factor, I don't know if it is) whatever motherboard supported it.Quote
Reply