AMD has just released their new R3 series of SSDs, offering some competitive pricing and a Radeon themed aesthetic.

These SSDs are designed to deliver great pricing, using TLC NAND and using a Silicon motion SM2256KX controller, which is the same controller that is used in a lot of popular SSDs today. This SSD will come with a 3-year warranty and is fully compatible with both AMD and Intel hardware.

Superior in value and performance. Get up to 10x the speed of a traditional hard drive. Bring new life to your tired PC for far less cost than you would expect. 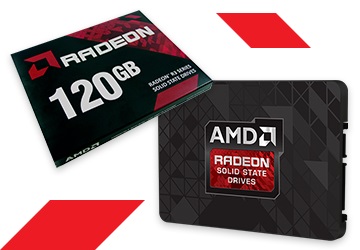 Being a Value oriented SSD we never expected to see this SSD achieve chart-topping performance, but the 240GB model and above are able to achieve speeds of 520MB/s reads and 470MB/s writes, which is pretty good for a budget oriented SSD.

Full specifications for the AMD Radeon R3 SSD below. 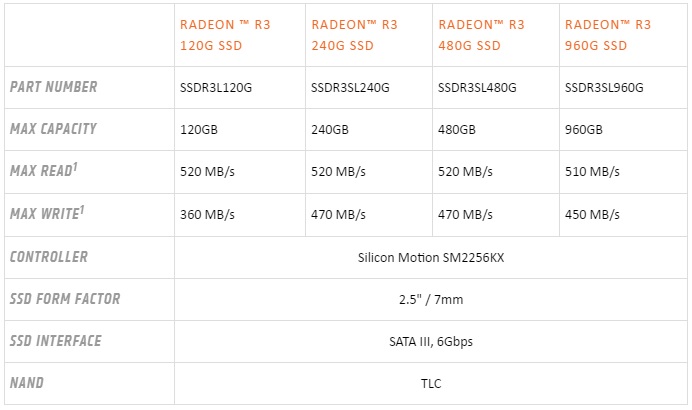 You can join the discussion on AMD's R3 Series of SSDs on the OC3D Forums.

Doomslayer
Really no 2TB SSD ok but a 120GBQuote

Dicehunter
Would be cool to make an all AMD build when Zen and Polaris is out, AMD memory, AMD SSD etc...Quote

Dicehunter
Quote:
Mushkin is using 3D MLC flash that it has managed to source from one of the Nand manufacturers extremely cheaply hence the awesome price of the 4TB SSD, Something not a lot of companies can do right now.Quote
Reply