Experience read speeds of up to 5,000MB/s

With the release of AMD's X570 chipset and their Ryzen 3000 series of Zen 2 powered CPUs, the feature on everyone's lips is PCIe 4.0. Is it worthwhile, will it make my PC faster and does my motherboard support it?

Within the storage space, PCIe 4.0 is what enabled the next-generation of SSD performance boosts, with the storage market being the first to truly take advantage of the bandwidth that PCIe 4.0 has to offer.

ADATA is the latest brand to jump onto the PCIe 4.0 train, having announced their XPG GAMMIX S50 Gen4 series SSD, offering sequential read/write speeds of up to 5,000/4,400MB/s respectively and random read/write of up to 750K/750K IOPS. This is thanks to ADATA's use of 3D NAND Flash memory and Phison's PS5016-E16 series SSD controller.

The XPG GAMMIX S50 PCIe Gen4 is due to release with up to 2TB of storage capacity, an SLC cache and a DRAM buffer, offering users End-to-End Data Protection, and Low-Density Parity-Check (LDPC) error correcting code technology. The speeds of this driver are only possible with PCIe 4.0 X4 speeds. 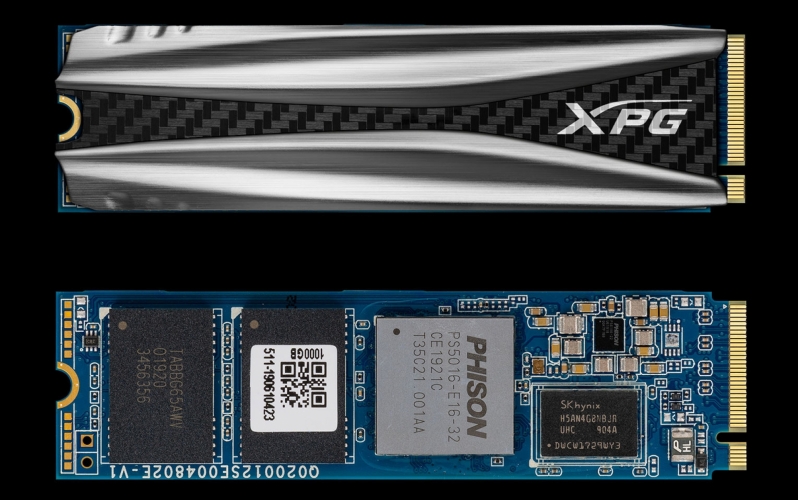 ADATA's XPG GAMMIX S50 SSD will ship with a 5-year warranty and currently lacks retail pricing. The drive is expected to release at retailers in the near future.

You can join the discussion on ADATA's XPG GAMMIX S50 PCIe 4.0 SSD on the OC3D Forums.

Bartacus
Nice! It's subtle too, and will fit in nicely with most color schemes. I'm a fan of ADATA, would buy if I was in the market.Quote

Warchild
hmm. One of the few products that has carbon wrapping I would actually use. Not a bad looking little device there.Quote
Reply