Get a late Steam key and an EGS lauch copy or get a refund, simple

Last month, YS Net confirmed that Shenmue 3 had become an Epic Games Store timed exclusive on PC, delaying the game's Steam release until one year after the game's PS4 and Epic Games Store releases. This move, understandably, annoyed backers, who were explicitly told that the game would come to them in the form of a redeemable Steam code.

Having received a lot of criticism for this decision, YS Net has decided to offer their backers multiple options to address the concerns of Shenmue fans, offering backers a free Steam code one year after the game releases, in addition to their launch day Epic Games Store code. Those who do not like this solution will have their refund requests honoured. Further details regarding results are set to be announced in YS Net's next Kickstarter update.

Backers who selected the PC version of Shenmue 3 will need to select a separate option which will optionally allow them to receive a free Steam code for the game at a later date.

Below is an excerpt from YS Net's latest Kickstarter post for Shenmue 3.

Regarding the recently announced Epic Games Store exclusive, all of us here at YSNET, Deep Silver and Epic are taking the matter with utmost concern and would like to clarify the circumstances leading to the decision and offer backers options for moving forward.

As noted in the updates and survey at launch, we had originally planned for PC distribution through Steam. Taking publishing and sales considerations into account, YSNET and Deep Silver agreed to our partnership with Epic Games Store on PC version distribution. As a publishing partner, Deep Silver has greatly contributed not only to sales and marketing, but to scaling up the game so there is more Shenmue III to begin with. Also, Epic Games has been with us from the start of the project when we adopted Unreal Engine 4 for development, and have given us their support throughout the development process.

In response to backers who have requested Steam keys for their rewards, we discussed offering the keys on the day of release. However, coordination with the sales policies of the involved companies was untenable, and as a result we are not able to make a day one distribution option for Steam keys available.

That we are not able to offer Steam keys for Kickstarter rewards at the time of the game’s release is a great disappointed and inconvenience for those backers who were expecting to receive them. We deeply apologize for the unrest caused by the announcement. 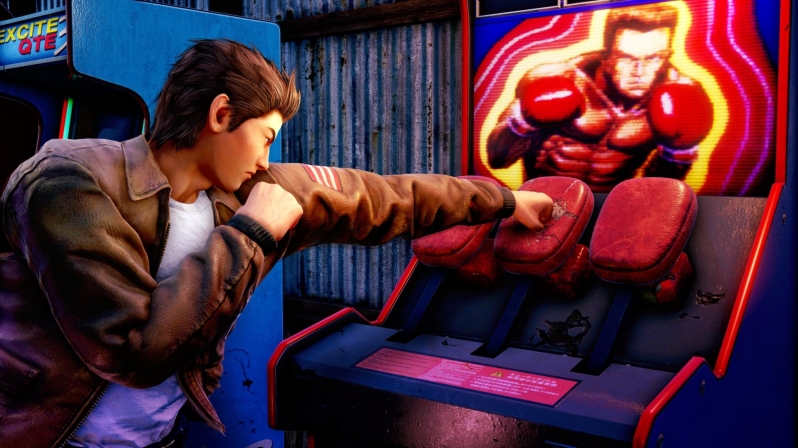 Now, backers of Shenmue 3 for PC have two options, get a free Steam key (albeit one year late) in addition to their Epic Games Store launch copy or get a refund.

Shenmue 3 is set to release on PlayStation 4 and PC on November 19th.

You can join the discussion on YS Net's promise to give Shenmue 3 backers free Steam keys or full refunds on the OC3D Forums.

Dark NighT
I suspect there will be plenty refunds claimed for this.Quote

tgrech
Going from past titles I wouldn't bet on that, but if they ask for a Steam code, they eventually get two game codes and can sell the 2nd one to recoup the costs of the one they want anyway surely? Then it just becomes a choice of "Do you want to play now and get your money back in a year" or "Do you want to get the game in a year but your money back now" doesn't it?Quote

dazbobaby
I really don't see what the big deal is. You're still getting a copy of the game on or before it's official release, it's just on a different platform. A platform that gives you free games every 2 weeks.


Sure Epic isn't as well developed as Steam, but it's still the same game as promised.Quote

WYP
Quote:
It's a free game every week these days.Quote
Reply