In their latest community blog, YouTube has confirmed that they are now making it more difficult to monetise videos on the platform, raising the threshold from which creators will be able to monetise their content.

Back in April, YouTube set the YPP's (YouTube Partner Program) eligibility requirement at 10,000 views, hoping to prevent "bad actors" from harming the platform. This action was in response to articles from traditional TV and printed news organisations who created stories regarding dangerous content (terrorist videos, inappropriately edited children's cartoons) earning money on the platform.

With this new announcement, YouTube will be raising these requirements again to 1,000 subscribers and at least 4,000 hours (approx 167 days) of watch time over the past 12 months. Once these conditions are met, channels will be re-evaluated to confirm that they comply with YouTube's policies.

YouTube states that these changes will not change anything for YouTube's biggest earners, with 99% of soon to be demonetised channels earning less than $100 per year.  90% of those affected earn less than $2.50 per year, making an almost meaningless impact on affected YouTube creators. 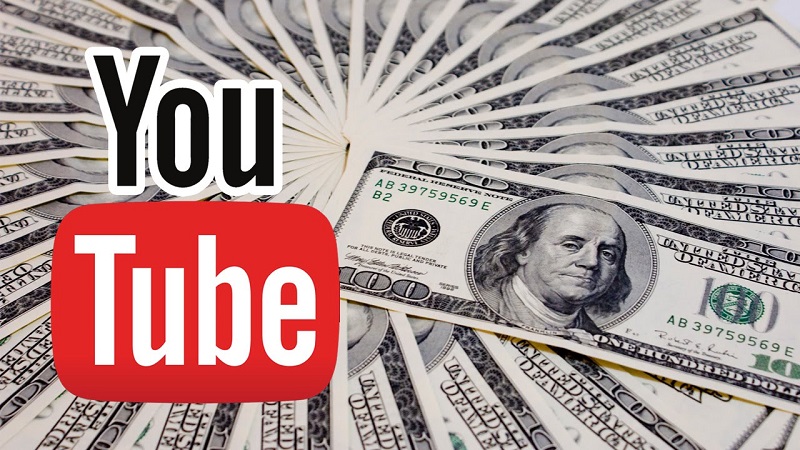 These changes have already taken effect for channels that did not previously meet YouTube's monetisation requirements, with the changes rolling out to monetised channels on February 20th, giving affected users a 30-day grace period to adjust.

One problem remains on YouTube, the potential for single, large channels to have a substantial impact on the platform. The company will be holding talks with creators over the coming months to formulate a plan that will hopefully address this problem. These conversations will likely revolve around the recent Logan Paul scandal and how such PR disasters can be averted in the future.

YouTube's full Blog post about their partner program is available to read here.

You can join the discussion on YouTube's stricter rules regarding monetisation on the OC3D Forums.

AlienALX
Of course it is. FFS greed at it again.Quote

Dark NighT
I actually don't mind this at all to be honest, kinda have to prove your time and dedication towards your goals as a youtuber, which also means there be more ad revenue overall for people that work at it. youtube is insanely competitive and cutting out the trash is a good thing.Quote

Kourgath223
Quote:
I think the main issue people have with this change, I know this is my problem with it, is that they claim this change is to help "better protect creators," but guess who is hurt by these changes? If you guessed small channels you are correct.

Now what size channels are typically the ones that cause an "adpocalypse?" Oh that's right it is the larger channels with a couple million subs that tend to upload something that causes companies to pull their ads from YouTube, hurting everyone in the process, until YouTube does something, which so far tends to be something that hurts small channels.Quote

WYP
Quote:
If what YouTube says is true, the vast majority of affected channels earn less than $100 per year, which is not enough to make a living on.

It also needs to be remembered that a lot of the adpocalypse stuff happened because news organisations started releasing stories regarding terrorist videos with coke ads. IE, small channels that didn't make any meaningful earnings that were sensationalised to force YouTube to respond and drive ads away from the platform.

Yes, big channels can be to blame as well, but these restrictions are not unmerited.Quote

Now personally, I watch a lot of channels that have modest subscriber amounts (less than 100k, usually only a few hundred individuals). They still produce fantastic content but aren't getting rewarded for it because the big channels, sponsored channels and YouTube favourites dominate.

The early days of YouTube enabled creators to share their work and get noticed, but now it's incredibly hard to be seen, heard or found on YouTube.

I think it would be disrespectful to suggest that the majority of those 49.5 million channels aren't dedicated, creative or important - the ones I enjoy are very much so, and put a huge amount of effort into what they produce, without having the benefit of time, funding, privilege etc.

I think YouTube is still fixated on the biggest players and the biggest effects on itself, rather than the original thing that made it successful. As with many businesses, the essential work of the lowest ranks is invisible to the upper tiers who benefit from it.Quote
Reply