While Yakuza Kiwami's Steam page still lists "coming soon" as the game's release date, eagle-eyed fans of the series have spotted a hidden message within the game's recently added "MAJIMAAA!" GIF, revealing a date in what on a single frame of the image.

This hidden frame says "February 19th", though it doesn't take much imagination to know what this date means. Yes, this is not an official confirmation but let's be honest, what else could it be?

Yakuza Kiwami is a remake of the original Yakuza, which was recreated for both PlayStation 3 and PlayStation 4 on January 21st 2016 in Japan and worldwide (on PS4 only) on August 29th 2017. At this time the PC version of the game has no system requirements, though it is expected to be extremely easy to run, given the game's PS3 roots.

On PC, Yakuza Kiwami will support 4K resolutions, uncapped framerates, ultra-widescreen support and customizable controls. The game will use Denuvo on PC. 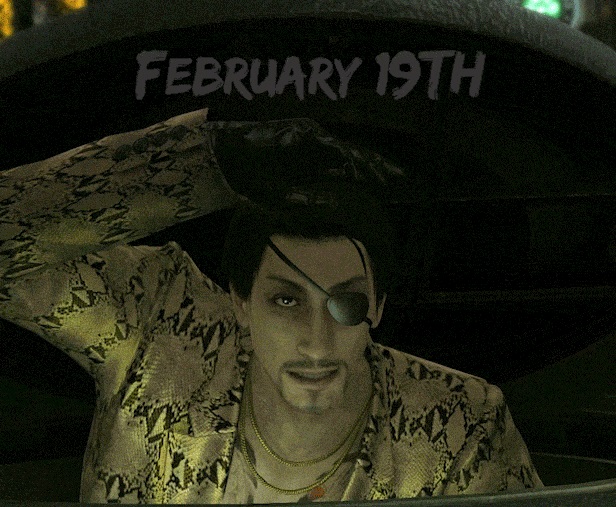 You can join the discussion on Yakuza Kiwami's PC release date on the OC3D Forums.