Xbox Series X will feature a 60 FPS "Standard Output", but what does that mean?

It doesn't mean what you think

Xbox Series X will feature a 60 FPS "Standard Output", but what does that mean?

Last week, Microsoft's GM of Xbox Games Marketing, Aaron Greenberg, stated that the company's Xbox Series X console would feature a "standard output" of 60 FPS, while also highlighting the console's ability to support up to 120FPS when used with HDMI 2.1 compliant displays.

This statement has sparked some controversy, especially after Ubisoft revealed that Assassin's Creed: Valhalla may not run at 60 FPS on the Xbox Series X. To be clear, Ubisoft has not confirmed that Valhalla is a 30 FPS game, they merely have not committed to 60FPS gameplay. Even so, some consumers wrongly thought that Microsoft was mandating 60 FPS on Xbox Series X.

Many read Greenberg's statement as a mandate for all Xbox Series X developers to target 60 FPS framerates or higher on its new console. The reality is that this is not the case. The Xbox Series X is designed for 60 FPS outputs, but that doesn't mean that all games will run at 60 FPS.

Looking back at the Xbox One and Xbox One X, we know that the console outputs at 60FPS to televisions and monitors. 30FPS games operate at 60Hz, and developers choose to make their rendered frames persist for two refresh cycles on 60Hz screens. Technically speaking, the Xbox is outputting 60 frames per second, but the reality is that two of these frames are identical. A 60 FPS "standard output" does not guarantee 60 FPS gameplay.

In a later statement, Aaron Greenberg would state that "Developers always have flexibility in how they use the power" of the Xbox Series X. He also said that "a standard or common 60fps is not a mandate".

Microsoft cannot set a 60FPS mandate for developers, as such an order would be difficult to enforce and it would restrict developers who want to push the graphical fidelity of their games to the highest possible levels. Another fact is that Microsoft also cannot stop developers from failing to meet their framerate targets on Xbox Series X, a factor which makes mandated framerate targets untenable. 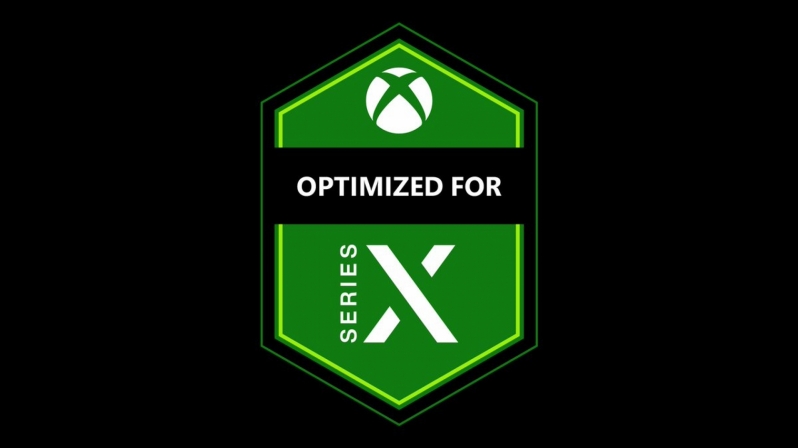 You can join the discussion on Xbox Series X's 60 FPS "standard output" on the OC3D Forums.

Damien c
Sorry but if these consoles both the Xbox and Playstation do not hit 60fps at a minimum for basically all games, then as far as I am concerned they are automatically a flop.


60fps should be the minimum with 120fps the target, if the graphics are increased to an amazing level then yes 60fps is fine, but if there are barely any improvements over the existing consoles then they should be pushing higher.


Mid-Range GPU's are capable of 60fps in most games at high settings, and when you look at the supposed capable performance of these consoles they should be easily capable of exceeding the mid range cards in pc's especially, since iirc the consoles have greater access to the hardware than pc's have with DirectX.Quote

grec
Quote:
It should always be left as a choice for the developer imo(Or if an edge case they should give users a toggle switch), a slow paced cinematic game has little to benefit from 60fps or higher, if a developer released a 30FPS game with genuinely impressive raytracing, particularly if used for character skin or something to finally end the decades of uncanny valley plastic human characters, then that's a worthy sacrifice imo. The emotional impact of finally having lifelike characters, which is an inevitable result of raytracing as one example, is almost immeasurable compared to a slightly smoother image at high movement speeds.

EDIT: Particularly now FreeSync is a thing in TVs, to me ~40fps with FreeSync feels smoother and less laggy than 60fps vsync consoles usually settle for at best.Quote

Damien c
To be honest I didn't think about slow paced games, what you said about that makes perfect sense

Ray Tracing is a joke, they might as well say they are running all games at 8k 120fps because it's about as believable as the consoles running games Ray Traced at 30Fps or higher, without running at medium graphical settings and 720p that is unless AMD have somehow managed to create a monster GPU for the consoles, that is capable of outperforming the nVidia 2000 series cards.


Not trying to be a fan boy here, but AMD have let down so many people when it comes to claims about GPU performance that it's hard to believe anything they say anymore about them.


I have a 2080Ti and don't use the Ray Tracing on it, because first I don't really play any games that supports it but also because the performance is so poor when you crank it to the max and it doesn't look any better than without it, it's the same with HDR it's a gimmick again games/films etc to me look worse in HDR compared to when they are ran or watched without it.


Eventually the performance, hardware and fidelity will get there but personally I think we are around 5 years away from it being reasonable to assume that it can be accessed by the mainstream users rather than the people, buying the high end £1000K plus GPU's.Quote

grec
I think those expectations are just based on the performance gains of traditional GPU performance of late, however the slowing in the rate of improvements to sluggish levels is because traditional GPU rendering is an incredibly mature field, and the rate of gains in accelerator improvement has hit the "wall" of diminishing returns. The rate of gains in raytracing acceleration performance should be more comparable to the rate of gains of 3D accelerators in the 1990's, with x2-x4 gains over these ~2 year generations not unthinkable. Turing being so early was very useful for getting a wide early base of compatibility and allowing devs to have compliant hardware to work with so early, but it was a very early attempt at DXR compliance that would have left a lot on the table to make that time to market(Particularly as it came without a node shrink).Quote

Doesn't really matter then does it?


Though I seriously want every game to include a Visual vs Performance mode. One is 30fps other is 60fps.


In a few years however once we start moving away from current gen we will see more graphically demanding games running at higher framerates. Just will take time.Quote
Reply