Pre-orders for Microsoft's Xbox Series X and S consoles are now open, allowing gamers to purchase next-generation Xbox systems. Alongside these pre-order listings, many retailers have listed the Xbox Series X/S' accessories, such as rechargeable battery packs for gamepads, audio headsets and more.

In the UK, Smyths Toys has listed storage expansion cards for Microsoft's next-generation Xbox, revealing the pricing of additional Xbox storage. While this listing has been removed, its pricing has not been forgotten. As documented by Games Radar, an additional 1TB of Xbox Series X/S SSD storage will cost £159, assuming this listing is correct.

For 1TB of custom NVMe storage, this pricing isn't horrendous. Unlike PC-grade M.2 NVMe storage solutions, Microsoft's expanded Xbox Storage cards only need to be plugged into the back of Microsoft's console, requiring no screws to be undone or any console disassembly. Remember that Xbox One and older titles can be installed on USB storage mediums, allowing legacy titles to be installed on affordable external HDDs at up to USB 3.2 speeds. 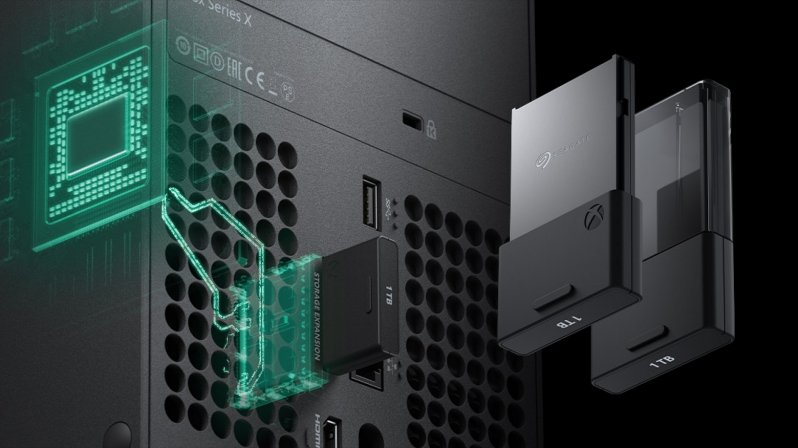 You can join the discussion on Xbox Series X/S' storage expansion pricing on the OC3D Forums.

YOUDIEMOFO
So yeah.... Just about a third of the entire systems cost. Man these aren't going to be cheap any time soon either...Quote

AlienALX
TBH 1tb was enough in my 1X. I added more, but nothing ever got put on it.Quote

N0ddie
Price isn't that bad when you look at the price of similar PCIE Gen 4 M.2 SSDs in the 1TB capacity.

*Edit. The price is cheaper than an off the shelf one.Quote

NeverBackDown
Quote:
It may be Gen 4 but remember it's just a normal Gen 3 speed rated drive. So it's not using the latest controllers and therefore cheaper.

There's no point in getting it. You mine as well spend the barely extra money for a Series X.Quote
Reply