Xbox has listed Halo 5: Guardians with Windows 10 support on their website

Should we expect Halo 5 at this year's PC Gaming Show?

Xbox has listed Halo 5: Guardians with Windows 10 support on their website

Microsoft's official Xbox website has been updated to list Halo 5: Guardians as an exclusive for both Xbox One and Windows 10, a strange listing given the game's lack of a PC version

Recent web cache's of the same webpage does not mention a PC version of Halo 5 (link), confirming that this is a recent change, suggesting that Microsoft plans to reveal a PC version of the game in the near future, possibly at this year's PC Gaming Show at E3.

We already know that Microsoft's Halo Infinite will release on both Windows 10 and Xbox One as an Xbox Play Anywhere title, making now the perfect opportunity for older halo games to return to the PC platform.

Halo: Combat Evolved and Halo 2 both released on PC as well as Microsoft's original Xbox, leaving a demand for the series on PC ever since the release of Halo 3 on Xbox 360. The Halo Master Chief Collection and Halo 5 can already run on Microsoft's x86-based Xbox One console, making the creation of a PC version relatively simple when compared to porting from an Xbox 360.

Halo 5's Forge Mode is already available on Windows 10, confirming that Microsoft already has a functional version of Halo 5's multiplayer engine on the PC platform. There is seemingly nothing stopping Microsoft from releasing a version of Halo 5: Guardians on PC. 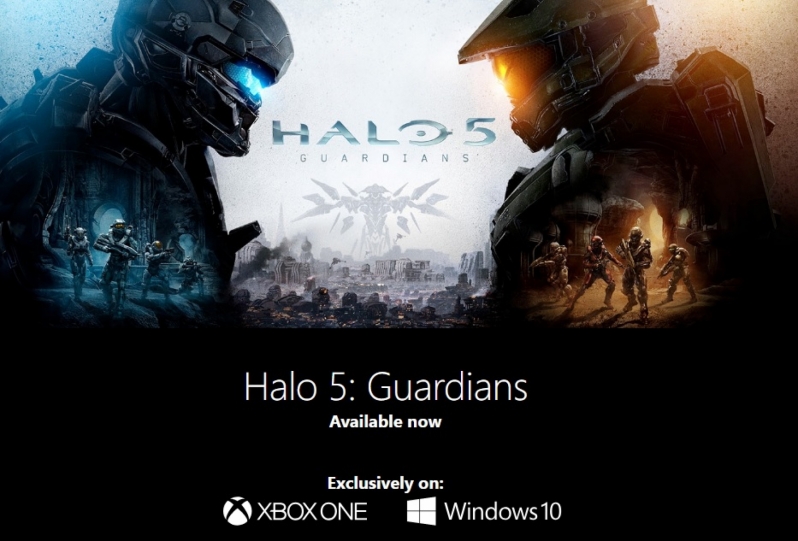 While this is far from a confirmation that Halo 5: Guardians is coming to PC, there is little reason for Microsoft to change the game's Xbox listing unless there were plans in place to release the game on the platform.

Update - Microsoft's Halo Franchise director, Frank O'Connor, has confirmed that Halo 5: Guardians isn't coming to PC, stating that the PC listing for the game was an "error" and that while the game is "not impossible" on PC, the project is "not being worked on at this time."

You can join the discussion on Microsoft listing a Windows 10 version of Halo 5: Guardians on their Xbox website on the OC3D Forums.

Daiyus
Nice! Now we just need the MCC with Reach and we'll be golden!Quote

NeverBackDown
Halo 5 was trash and the worst Halo in the series. I'll avoid at all costsQuote

WYP
Quote:
What I want to see is the Master Chief Collection on PC. I found Halo 5 to be alright, nothing more.Quote

Warchild
Quote:
MCC on Xbox was a disaster. You couldnt even play the remastered gfx on 30fps it dropped many times to 5fps.

I had to play H1,2 and H3 using the old gfx just to get through it. Never bothered with 4 since H3 was so buggy. It remains uncompleted in my collection.

I will NEVER get tired of Halo 1 and 2 though. The ambience, the music. the basic weapons.. loved it. I don't need a choice of 50 weapons. Halo kept it simple and did it perfect. More of that please!

Digikid
Quote:
I tend to respect all opinions....even wrong ones like yours.


Halo 5 was a great game. I enjoy playing it over and over with other friends of mine that know what GOOD games are like Halo 5.Quote
Reply