Half-Life 2 released in 2004, forcing Valve's controversial (at the time) Steam platform onto the systems of PC gamers while delivering players with a satisfying story, impressive graphics and a physics system which was groundbreaking for the time.

Today, Half-Life 2 is considered a classic, making the game a prime candidate for a remake, one which could take advantage of all of the graphical enhancements that the past 15 years have wrought. Now, it looks like Saber Interactive had the same idea, but Valve turned them down.

Saber Interactive is well known for their work on Halo: Combat Evolved Anniversary and Halo 2 Anniversary as well as their work on World War Z, a 4-player Co-op zombie Survival game. Saber Interactive's CEO, Matthew Karch, has confirmed that the studio had approached Valve to express interest in a Half-Life 2 remake, an option which Valve refused.

Given recent history, this decision seems strange, as while Valve's "Sorry, if we're going to do it, we're going to do it internally" comment makes sense, the company has since allowed a team of modders to create a remake of Half-Life, a new game called Black Mesa. Valve is seemingly interested in making internal remakes of Half-Life while simultaneously being ok with allowing a group of modders create remakes of their games. Strange.

Where's Half-Life? Half-Life was the game that made Valve. Before Left 4 Dead, there was Half-Life, which needs to be remade in my opinion, because I think we're scratching that itch with World War Z on the Left 4 Dead side. I think other developers are going to come and do similar types of things. But Gordon Freeman, man, he's as iconic as Master Chief. Where is it? 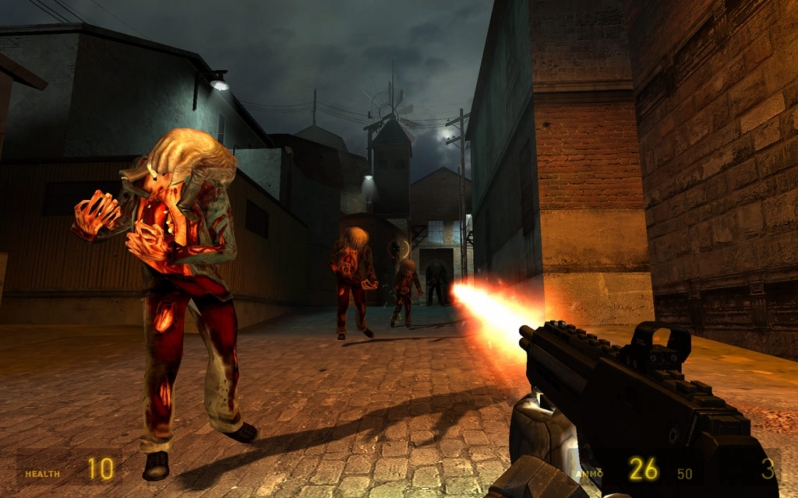 Would you like to see Half-Life 2 receive an official remaster? You can join the discussion on Saber Interactive Asking Valve if they could remaster Half-Life 2 on the OC3D Forums.

NeverBackDown
I've never even played Half Life.. or really any steam made game for that matter..Quote

Bartacus
Hard pass, hell no. Why re-create an old game that would utterly pale in comparison to more modern titles? Now to take that STORY, and redo it in a new engine with more modern gameplay mechanics, THAT might be interesting. I'd still vote no though. Stop rehashing stuff for a quick buck and create something new!Quote

hmmblah
Quote:
I guess when I think remake I think complete remake, not just a re-skin with flashy new graphics. I don't always want something new. Sometimes, more of the same is a good thing. I really enjoyed Last of Us on PS4 as well as the RE2 remake.

I think if we ever do see a HL3 it'll be VR only. They will use HL to push VR just like they used HL2 to push Steam.Quote
Reply