Is Ray Tracing worth it?

As part of World of Warcraft: Shadowlands' latest beta update, support for ray-traced Shadows has been officially added into the game, allowing users of DXR compatible graphics cards to enhance the quality of shadows within World of Warcraft's next expansion. 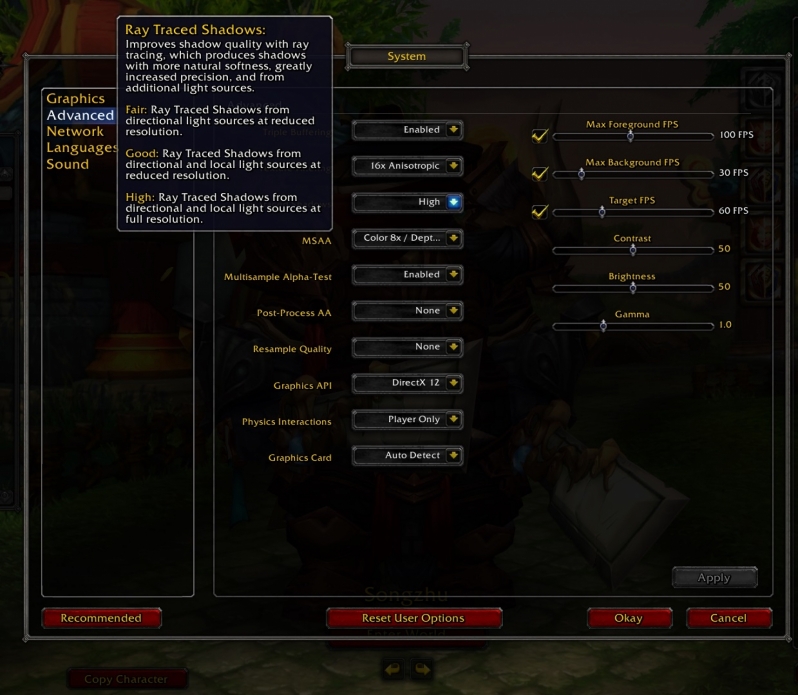 Below, you can see the impact of turning ray-traced shadows on an off. As you should notice, shadows are now added where appropriate under building overhangs and many shadows gain soft edges when they are far away from the objects that cast them.

While these changes may not seem transformative to World of Warcraft: Shadowlands as a whole, they do add an extra layer of accuracy to the game's shadows. It is possible that more ray-traced features will be added to future World of Warcraft patches, which will add further graphical enhancements to the game.

Below, you can see an area where the impact of ray-traced shadows is moderate, adding soft edges to many shadows as well as more accurate shading to some areas of buildings.

More screenshots are available to view over at WOWHEAD, but based on what we can see ray tracing in World of Warcraft is a mixed bag. Yes, visual improvements are there, but they are far from revolutionary in their impact.

You can join the discussion on World of Warcraft: Shadowlands' Ray Tracing Screenshot Comparisons on the OC3D Forums.

Dark NighT
Just had a look on the slidy screenshots, there is a slight difference but sadly the art style of this game still doesn't sell me at all, with or without rtx.Quote

WYP
Quote:
TBH, I think ray traced Global Illumination would have had a huge impact. It is strange that they are focusing on shadows TBH.Quote

Warchild
Quote:
Thats exactly what im thinking, many turn down detail to enjoy smoothness in wow. With such little difference, its not worth the performance hit if any at all.Quote

Greenback
Quote:
I was just about to say if it gives a hit of more than 1 fps the difference isn't worth itQuote

hmmblah
The videos I've seen it's a pretty big performance impact for little gain. Hopefully they will expand upon it over time and add more RTX to the game while increasing performance.

Edit: Some more examples on the official forums.