Would The Witcher have become a mainstream success without CD Projekt's efforts?

Last year, Sebastian Zielinski, the former head of CD Projekt Red, revealed that the studio acquired the exclusive game rights to The Witcher series for just 35,000 Polish zloty, a sum that equates to around £7,250 in today's money.

In an interview with Eurogamer, Andrzej Sapkowski, the creator of The Witcher book series, admitted that selling these rights without a profit-sharing agreement was a mistake, going so far as to call his actions "stupid". At the time he thought that there would be no profits in a Witcher video game, leading him to sell the rights for a lump sum, instead of a long-term profit-sharing arrangement.

Today, CD Projekt Red has confirmed that they have received a written demand for payment from Andrzej Sapkowski's lawyers, citing Article 44 of the Polish copyright act as grounds for additional payment. Sapkowski has demanded 60 million zloty from CD Projekt Red, which is around £12.4 million in the UK. CD Projekt Red has declined this demand.

Below is an explanation of Poland's Article 44 of copyright law, which explains that in cases of "gross discrepancy" between the author's benefits and the acquirer's benefits, the author may request that a court examine the contract and increase his payment. In the case of The Witcher, it is clear that Sapkowski sold the video game rights to The Witcher at an incredibly low price, especially given the popularity of the series today.

In the event of a gross discrepancy between the remuneration of the author and the benefits of the acquirer of author's economic rights or the licensee, the author may request that the court should duly increase his remuneration. 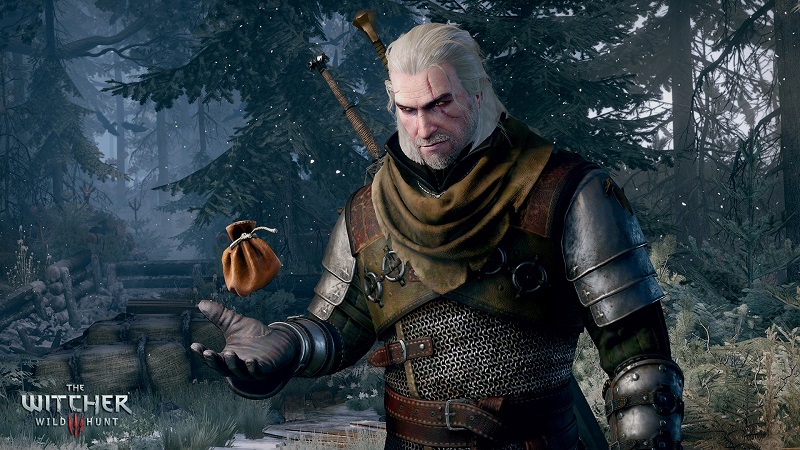 CD Projekt Red has released the following response to Sapkowski's demands, stating that the company has fulfilled their contractual obligations but that they wish to "maintain good relations with authors of works which have inspired CD PROJEKT RED’s own creations".

on 1 October 2018, the Company received an official demand for payment filed by plenipotentiaries of Mr. Andrzej Sapkowski.

The notice indicates that Mr. Andrzej Sapkowski expects payment of additional royalties beyond what had been contractually agreed upon between himself and the Company. The contents of the notice are attached to this report.

In the Company’s opinion the demands expressed in the notice are groundless with regard to their merit as well as the stipulated amount. The Company had legitimately and legally acquired copyright to Mr. Andrzej Sapkowski’s work, i.a. insofar as is required for its use in games developed by the Company. All liabilities payable by the Company in association therewith have been properly discharged.

It is the Company’s will to maintain good relations with authors of works which have inspired CD PROJEKT RED’s own creations. Consequently, the Board will go to great lengths to ensure amicable resolution of this
dispute; however, any such resolution must be respectful of previously expressed intents of both parties, as well as existing contracts.

In the Company’s opinion receipt of the abovementioned demands meets the significance criterion due to the identity of the person submitting the demands.

With Netflix's planned The Witcher series already in production, it is easy to think that Sapkowski isn't in desperate need of money. It is also worth noting that CD Projekt Red worked with The Witcher series for a long time before it became a mainstream success, making it arguable that they paid Sapkowski enough for the series' video game rights at the time of purchase. It is largely due to CD Projekt's efforts that the series is so well known today.

At this time it is unknown whether or not this demand will result in a legal battle, but with the upcoming releases of both Gwent: The Witcher Card Game and Thronebreaker: The Witcher Tales it is easy to see why Sapkowski is jealous of CD Projekt for profiting from his creations.

You can join the discussion on The Witcher's creator demanding royalties from CD Projekt Red on the OC3D Forums.

Bartacus
Greedy little douchebag, looking for more AFTER signing a contract that he agreed was a mistake. LIVE with your mistake princess.Quote

Warchild
Quote:
I'm not sure its entirely motivated by money. Hes already fully booked and making millions from the netflix series. There could be another motive going on here. Perhaps some future event.Quote

ImprovizoR
They offered him a percentage initially and he refused. He messed up and it's entirely his fault.Quote

WillSK
I agree that legally speaking, the man signed a contract and therefore there is no legal obligation for CDPR to pay him anymore money.

That said, it is HIS world and it has been far more successful than he and I'm sure CDPR ever imagined, so while I wouldn't agree to the 12 million or whatever he's asking for, I don't think an out of court settlement would be unreasonable to maintain that relationship with the creator of the source material.

As an example the woman who created the Nike "Swoosh" logo was paid $35 for her work in 1971. Although (out of court) she was remunerated 10 years later with Nike stock of an undisclosed amount and I'm sure she's done alright since. A gesture following such success can go a long wayQuote

demonking
Oh dear.....
CDPR should let this go to court, a contract is a contract. The argument here for them is that was a fair price at the time and the amount of time, money and effort they put into the series is what has made it the value that it is now.

If I sold my house and 2 years later it had gone up in value could I demand that the new owners pay me a portion of that equity? or the company that built that houses? this is ridiculous, his mistake for not taking royalties when he sold it to them, you can't make a deal and then change your mind years after the deal has been completed!Quote
Reply