Microsoft's Windows 10 May 2019 update packs a lot of changes, but one of the most notable changes, from our perspective, is the OS' updated scheduler, which is now "Ryzen-aware". 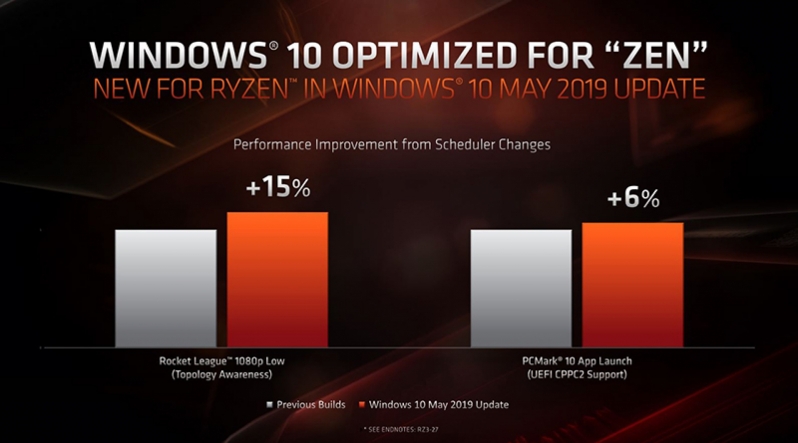 With the May Update, Windows 10 will know how to best utilise the characteristics of Ryzen, placing work within a single CCX when core-core latencies are important while also offering faster clock speed ramping, a factor which will make AMD's Ryzen processors more responsive when clock speeds are adjusted. This change allows clock speed selection to happen in 1-2ms, rather than around 30ms.

These changes make Windows 10's May update a must have OS update for Ryzen processors, as it will allow systems to become more responsive and increase hardware utilisation. Ultimately, this update is great news for AMD users, especially given the current OS landscape, where many customers fear that the latest mitigations for speculative execution vulnerabilities will lower their system's performance. 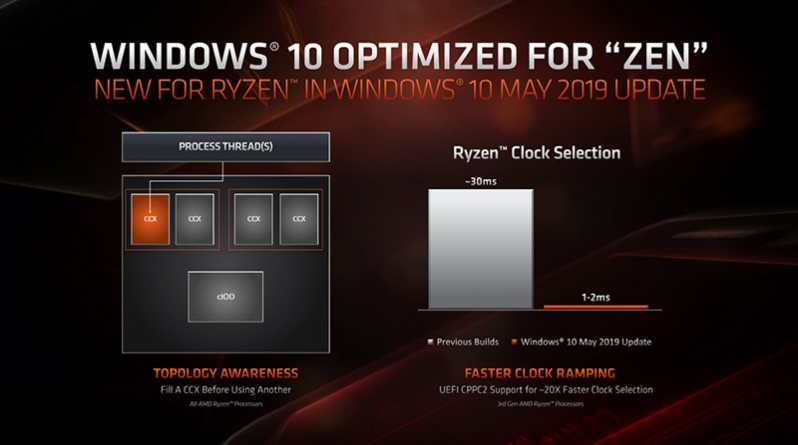 You can join the discussion on Windows 10's May 2019 update on the OC3D Forums.

What's cool also. All the e3 numbers were based off pre-patched/vulnerabilities fixes on all Intel hardware with HT turned on. AMD's stuff was all pre-Windows May Update.

Meaning they gave Intel the best shot at beating them. They no longer conclusively did. So this new Ryzen stuff is gonna be so good.Quote