When's the next Steam sale? The dates for the next three have leaked!

Ready for this year's Halloween, Autumn, and Winter sales?

When's the next Steam sale? The dates for the next three have leaked!

Thanks to Steam database, the dates for this year's Steam Halloween, Autumn and Winter sales have leaked, revealing when PC gamers can expect to receive deep discounts on most popular gaming titles.

According to the Steam Database Twitter account, Valve has asked developers to keep these dates as a secret, but that hasn't stopped some from posting these dates publically.

The Steam Halloween Sale will start on October 28th and end on November 1st, offering PC gamers huge discounts on most horror-themed titles. The Halloween Sale is the shortest of Valve's leaked sales, though this makes sense given the length of Halloween.

Next up, we will have the Steam Autumn Sale, which coincides with the American Holiday Thanksgiving. This sale will take place between November 26th and December 3rd and cover a wider range of PC games.

After the Autumn sale will come Steam's Winter Sale, which will cover both Christmas and New Years, lasting from December 19th to January 2nd. 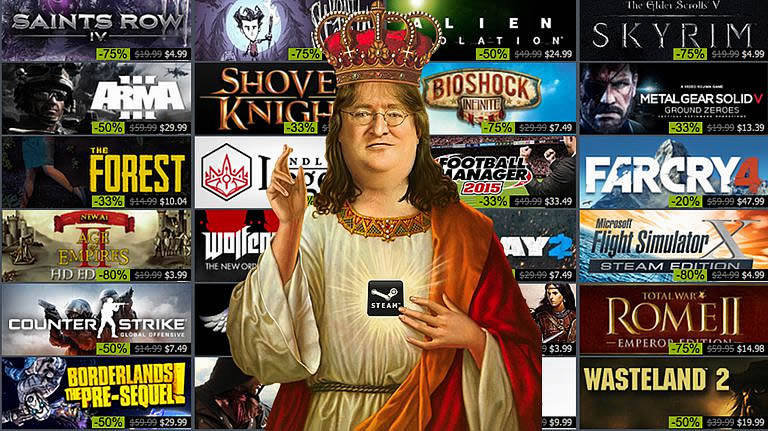 While Valve has not officially revealed these Sale dates, we have no problem believing that they are legitimate. The dates are exactly what should be expected from Valve, and cover the company's usual sale timeframes.

You can join the discussion on Valve's next three Steam sales on the OC3D Forums.