The majority of outage reports are coming from Europe

This morning a large number of WhatsApp users from across the Globe are suffering from severe outages, preventing users from connecting to the instant messaging service.

This outage has been reported in the US, Dubai, India, Malaysia and across Europe, with the outrage reportedly affecting millions of users globally.

Affected users are unable to connect and send messages through the service, though WhatsApp has stated that they are aware of these issues and are working on a solution to the problem. At the time of writing, issues are still being reported across the globe, though some UK users have reported that their app has started functioning again normally. 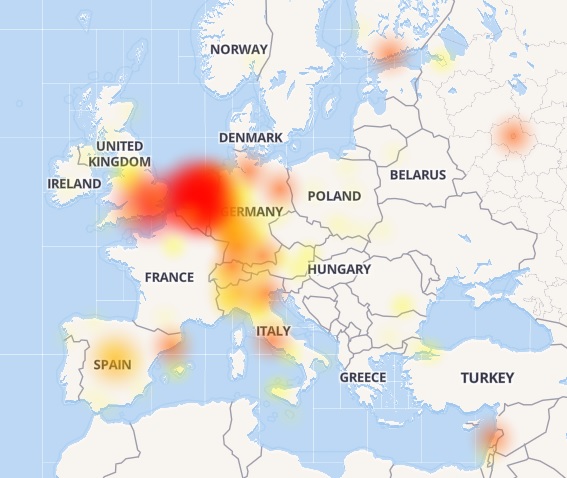 Right now Whatsapps issues are mostly affecting users in Europe and Asia, with relatively few reports coming from the Americas, though this could be due to time zone differences, as it is currently early morning in the US.

WhatsApp has not given a timeframe for when these issues will be resolved, though some users have already reported that the issue has been resolved.

You can join the discussion on WhatsApp's global outages on the OC3D Forums.