Ubisoft's next Watch Dogs game has appeared on Amazon UK, listing the title as "Watch Dogs Legion". The game's retail listing, which has since been removed, lists London as the game's location, but not only that, it states that the city will be presented as a "near-future, dystopian version of London". Not only that, but the listing clarifies that the setting will be "post-Brexit"...

Rumours about Watch Dogs 3 being based in London aren't new, but the now-removed retail listing also spills the beans on some new gameplay mechanics that will be included within the new game.

Previously, Watch Dogs players could scan the lives of all NPCs, enabling players to look into the backstories, financial histories and more. With Legion, the individuality of NPCs will be significantly increased, with the listing stating that you can "play as anyone", though at this time it is unclear what this means. Mind hacking perhaps?

Below is a description of Watch Dogs Legion's setting;

Watch_Dogs Legion is set in a near-future, dystopian version of London. It's a post-Brexit world in which society, politics and technology have changed and altered London's fortunes. London is one of the most iconic cities in the world and has had a massive influence on all of Western Culture for centuries... London makes total sense for WD, as the city has one of the highest surveillce (sic) levels in the world making this the perfect playground. 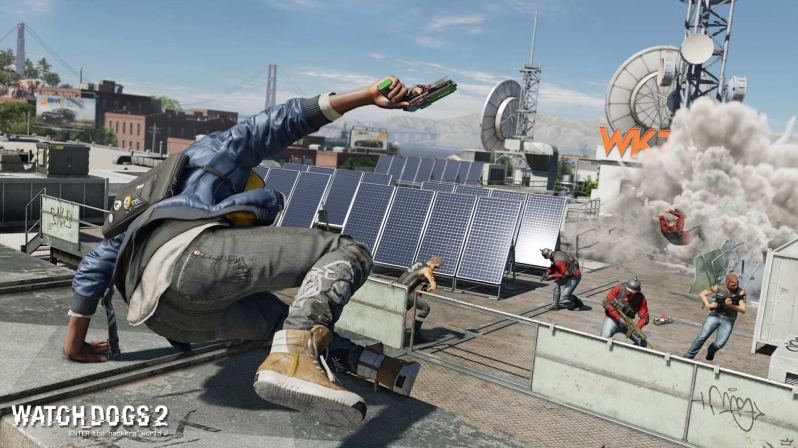 Assuming this leak is legitimate, Ubisoft will officially reveal their next Watch Dogs game at E3 2019. Ubisoft's E3 Press Conference will start on Monday, June 10th at 9 PM BST.

You can join the discussion on Watch Dogs Legion's retail/setting leak on the OC3D Forums.

Warchild
Screenshot looks like Division 3 - When the Brexit part Rise. Also why is everyone running around with Guns instead of knives?

Just kidding. I know its a placeholder

Should be interesting. WD2 was good.Quote

TheF34RChannel
I liked 2's gameplay (just not the characters, it's my age likely) and always found it too bad they didn't fix certain frame drops/stuttering - otherwise it was really good and I often just walked around and found places.Quote

NeverBackDown
I've always felt Division and watch dog's competed against each other. They just seem so similar. It's odd to me Ubisoft has both.Quote
Reply