InXile Entertainment has released patch 1.1.2 for Wasteland 3, an update titled "Save Scummers Delight" due to its ability to reduce loading times.

On PC, Wasteland 3 had had its load time shortened from 38 seconds to 13 seconds on their test hardware, which represents a loading time reduction of around 60%. This means that all players can enter the game faster and that so-called "Save Scummers" can reload their saves at a quicker rate than before.

Load time improvements will vary on a system by system basis, with the console version of Wasteland 3 seeing 25% reductions in-game load times. On PC, some gamers will benefit more than others, depending on the storage and CPU hardware.

Gamers on all platforms should also benefit from increased performance and stability, with the writer of update 1.1.2's patch notes stating that the "Additional stability and performance improvements for consoles that were too technical for the person writing these patch notes to understand and explain easily."

Update 1.1.2 for Wasteland 3 has been released on both Steam and GOG, with version coming to the Microsoft Store, Xbox One and PlayStation 4 in the near future. Below are the patch notes for Wasteland 3's patch 1.1.2.

- Do you hate long load times? We hate long load times. Our engineers changed how the game loads levels, reducing load times by up to 60% on PC and 25% on console.
- As one example, on our PC test hardware a 38 second load time was reduced to 13 seconds.
- Fixed an issue where combat could become unresponsive with use of the Chain Ambush Perk for sniper rifles.
- Resolved several progression blocking issues in Yuma County Speedway.
- Enemies are now much less invisible after use of Precision Strike.

- Significantly changed how levels load, resulting in up to 60% faster load speeds across the game on PC, and on average 25% faster for consoles.
- Note: your hardware, save data, and which level you’re loading into can all impact load times. Your mileage may of course vary.
- As part of this change, auto-saves will no longer occur as a part of the level load, and instead happen concurrently. This can lead to situations where you’ve loaded into the next scene but an auto-save is still in-progress. Don’t close the game while the Ranger star is spinning.

- Major Prasad will no longer crash your game if you exit while she’s still talking.
- Additional stability and performance improvements for consoles that were too technical for the person writing these patch notes to understand and explain easily. It’s good stuff though. All good stuff.
- We’ll be continuing to target and resolve specific stability issues as necessary.

- Players can no longer attack companions that are in the process of being recruited by the other player, in case your partner likes to troll.
- Fixed an issue where the Guest client could become unresponsive when talking with Hope Emerson and choosing to side with Del Hackett and her people.
- Improved stability while in the Hire Companion screen.
- Players can now use the keyboard in the lobby screen to choose game type, options, invite player, and ready up.
- Enabled UI Narration in the Direct Connection interface and for multiplayer game messages sent through chat.
- Fixed an issue with voice chat text-to-speech and speech-to-text.
- [Microsoft Store] Resolved an issue where guests couldn’t rejoin a lobby they’d just left.

- Resolved an issue where quirks could become unselectable during character creation.
- Fixed a potential blocker with Medical Marvel not allowing revival without use of a Nitro Spike.
- Resolved a rare issue that would block you from speaking to a companion.
- The door in Yuma County Speedway leading to Liberty is now unbreakable as intended.

- Fixed minor graphical issue with the radio.
- Some cinematic characters have been given microdermabrasion treatments and now have better looking skin.
- Skill levels for recruitable characters now display properly in all cases.
- Mission status should no longer display incorrectly after quest completion or updates.
- Resolved issue where the spinning Ranger Star would permanently stay on screen after saving the game. 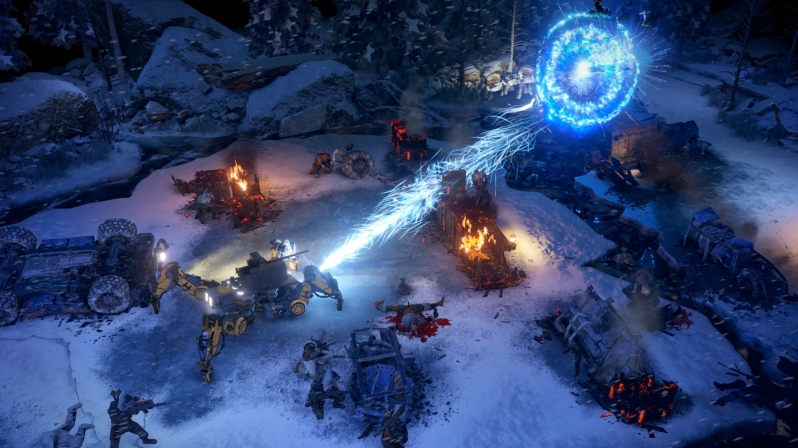 You can join the discussion on Wasteland 3's latest update on the OC3D Forums.