Warhammer: Vermintide 2 has already been a massive success for Fatshark Games, having already generated more revenue than its predecessor since launch. This feat is even more impressive when you consider the fact that the original Vermintide was available on both PC and console platforms, whereas Vermintide II is currently a PC exclusive.

Today Fatshark is ready to celebrate a new milestone, surpassing 1 million sales on PC after five weeks of availability. To commemorate this occasion, Vermintide II will be available on Steam with a 10% discount starting tonight at 7 PM CEST (6 PM BST) until April 19th. Below is a comment from Fatshark's CEO, Martin Wahlund.

We are genuinely humbled by the reception of Warhammer: Vermintide 2 from gamers all over the world. We reached half a million units within the first week, and one million within five weeks, which is far quicker than we ever expected. 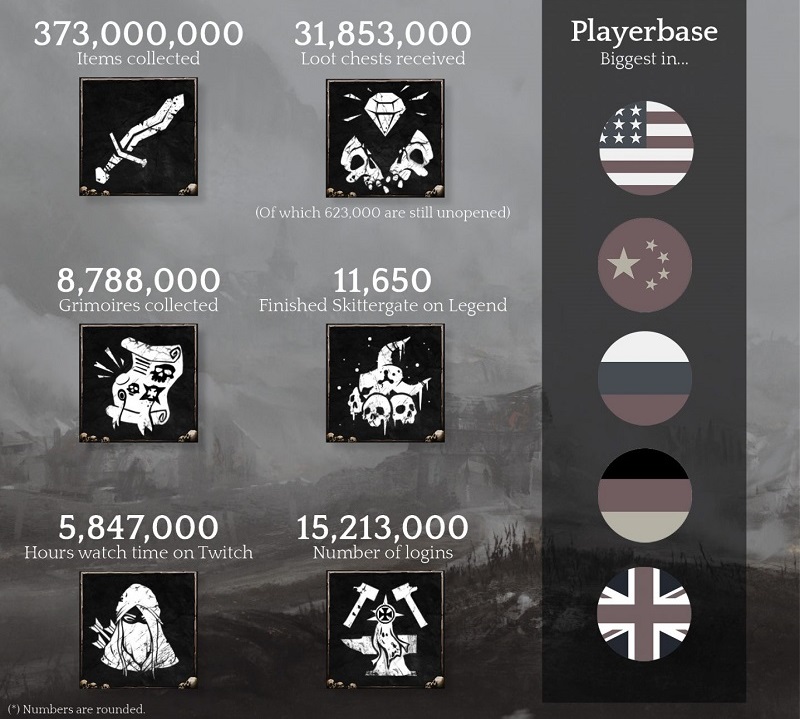 Fatshark plans to release Vermintide II on both Xbox One and PS4 at a later date, with beta tests being set to take place later this Spring.

You can join the discussion on Warhammer: Vermintide II surpassing 1 million players on the OC3D Forums.

Warchild
Was the first one good then? I was put off by skaven. its my least liked race in the Warhammer world. If there is variation on the enemy I might give it a go.Quote

NeverBackDown
Quote:
In the first one it's pure Skaven. You get to fight Skaven slaves, Stormvermin, Rat Ogres, Assassin's, Skaven with Gatling guns who are seriously powerful, and then a Skaven with a noose who drags you away from your team by the neck

It can get pretty hard. The AI is good at helping you. But my friends and I found anything less than 3 humans is extremely hard. Playing with 4 is ideal. 3 is doable.Quote

Warchild
Quote:
I'll pass then. Maybe I will give Verm 2 a shot.Quote
Reply